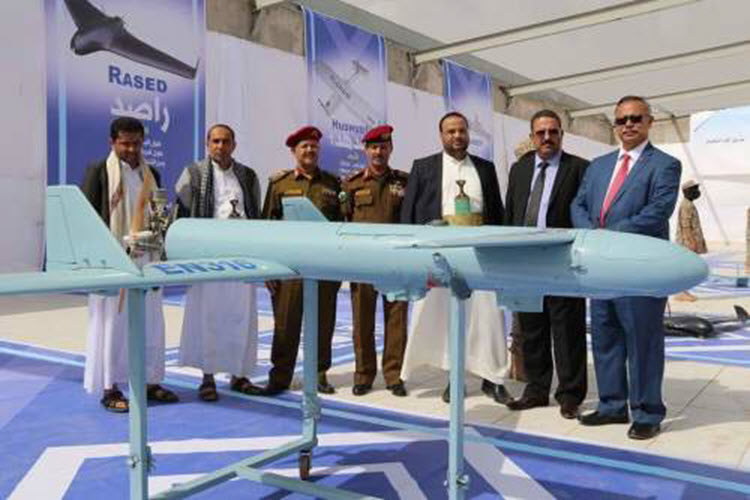 London, 6 Mar – Iran has taken advantage of the crisis in Yemen in order to test its new weapons.

The Iranian Revolutionary Guard Corps (IRGC) is providing the Houthi rebels, who have already taken over Northern Yemen cities including the capital Sana’a, with weapons like missiles, rockets, drones, and explosive devices.

This was revealed by the Houthi Supreme Political Council (SPS) at the end of last month.

In January, the Saudi frigate Al-Madinah which was near the Yemeni port of Hudeida was attacked by an unmanned and guided boat, according to Vice Admiral Kevin Donegan, U.S. Fifth Fleet commander.

Later reports from the U.S. Naval Institute indicated that the naval craft was provided by the navy of the IRGC.

IDF Lt.-Col. (ret.) Michael Segall, an expert on strategic issues with a focus on Iran, terrorism, and the Middle East, wrote: “Such vessels pose a new threat to civilian maritime traffic, open a new page in the clashes between Iran and Saudi Arabia in this sensitive arena, and could reach other Iranian-supported terror organizations in the world.”

This worries anyone who is concerned by Iran’s expansionist tendencies and nuclear power capacity.

Segall, who is also a senior analyst at the Jerusalem Center for Public Affairs and Alcyon Risk Advisors, wrote that Iran has been gathering intelligence on US ships in the Gulf region for a long time and has prepared to confront and destroy the naval vessels.

He wrote: “The aim was both to prepare for a possible confrontation with these ships and to disrupt their ongoing activity in the area.”

This involvement in the Yemen conflict must be especially worrying for Israel, as Iran’s next move could be to ally themselves with Hamas and Hezbollah.

Segall wrote: “Hamas and Hezbollah are already deploying unmanned aerial and naval craft manufactured by Iran, or built with Iranian know-how, in the struggle against Israel. Unmanned warships like those the Houthis used in Yemen would pose a new kind of threat both to Israel’s navy and to its natural gas rigs in the Mediterranean. The longer the conflict in Yemen continues, the more experience Iran and Hizbullah will gain in using this weapon.”