British MP: Iran Regime Is the Number One State Sponsor of Terrorism 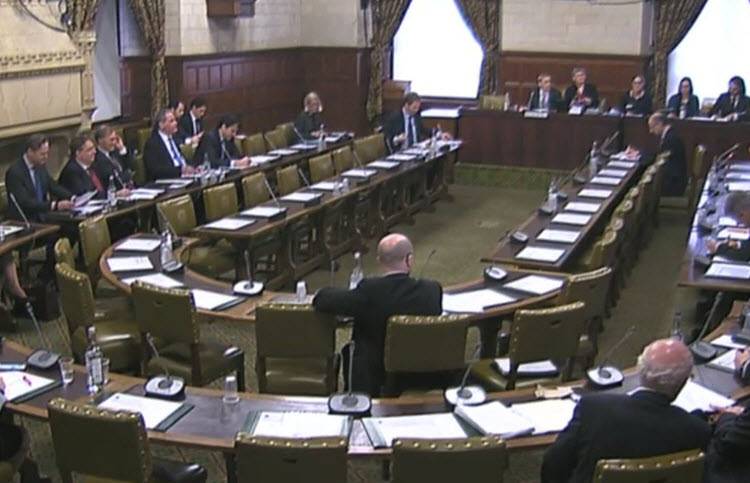 London, 3 Apr – A debate in the House of Commons, regarding the influence of the Iranian Regime in the Middle East, led one Member of Parliament to describe the Regime as the number one state sponsor of terrorism in the world.

Dr Matthew Offord MP, who represents Hendon, stated that the Iranian Regime controls, backs, funds, and trains Islamist terrorist groups such as Hezbollah and Hamas, in order to destroy the state of Israel.

He said: “I place on record that the people of Iran are a fine collective, with a remarkable history in the region. However, the modern-day Iran, ruled by the mullahs, is a theocratic regime, based on the principle of rule of law by Islamic jurists.”

He said that international relations with Iran have improved since the ‘election’ of President Hassan Rouhani in 2013, despite the fact that ongoing domestic issues have yet to be addressed, that the Regime continues to export terrorism, and continues to work on its nuclear weapons programme in spite of the 2015 agreement.

One of the worst crimes of the Iranian Regime has been its support of the dictator Bashar al-Assad in the Syrian Civil War. Not only have they prolonged the conflict far beyond its natural end, causing around 500,000 more civilian deaths, but they are funding a foreign nation’s civil war while their own people starve.

Offord noted that the Regime view Syria as a 35th province and that is why they are so invested in the war. They sent in their own army to fight the Syrian opposition, rather than concentrating on fighting ISIS (Daesh).

He said: “The senior commander of the Rasoulallah division of the Islamic Revolutionary Guard Corps, Hossein Hamadani, was dispatched to Syria. That man was responsible for operations in the Iran-Iraq war, as well as for suppressing the 2009 uprising in Iran. He decided that the forces sent by Iran to Syria were primarily to be at command level, as evidenced by the capture of 48 IRGC commanders two months later. That meant that infantry were needed, and the creation of Daesh occurred as a result.”

According to Offord, the number of troops under Iranian control far outweighs the amount under control of the Syrian government.

Offord noted that the 2015 nuclear deal between the P5+1 countries (the UK, the US, France, Germany, Russia and China) should have addressed the Regime’s terrorism and human rights abuses.

He said that the Regime was using the money released when the nuclear deal was reached, which had been frozen for over 35 years in some cases, to fund terror and the war in Syria.

He said: “Tehran has budgeted about $100 billion for the conflict (in Syria), under cover from Khamenei’s office. That money has been spent on the purchase of military weaponry and on Syria’s own military expenses—$1 billion is spent solely on the salaries of the forces affiliated with the IRGC, including military forces, militias and Shi’ite networks.”

He said that the international community has been silent on Iran’s aggression and terrorism because they fear another unpopular war in the middle east, but advised that the UK make a stand.

He said: “Now (…) is the time for us to renew our alliances and our interests with the U.S. and others in the Middle East to curtail that serpent.”