Want to Stop Iran’s Terror Squad? Cut off Their Finances 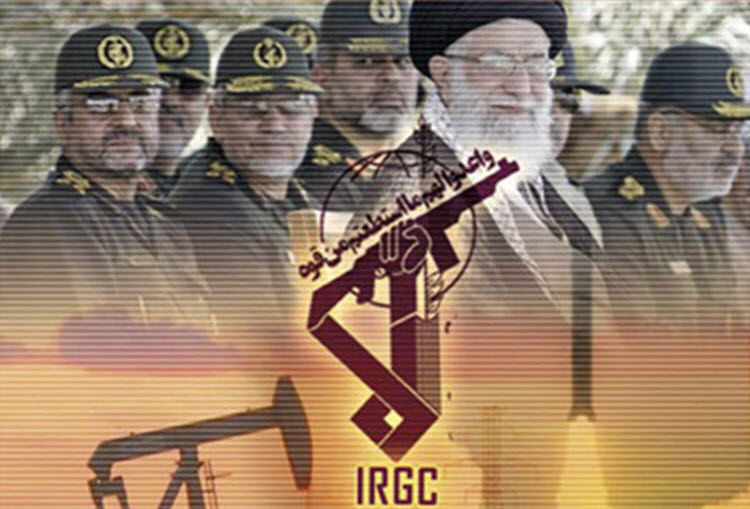 All of the money from the businesses is funnelled into terrorist activity in the middle east, which leads to terrorism around the globe.

The Iranian Revolutionary Guard Corps (IRGC) amasses around $12 billion annually through illegal smuggling. They control 90 of Iran’s docks which allows them to smuggle black market goods (banned by international sanctions) into Iran and perhaps worse, smuggle arms and mercenaries into war zones like Syria, Yemen, and Bahrain (also in spite of sanctions).

How can they get away with this? Well, when Supreme Leader Ali Khamenei ordered that these docks be handed over to the IRGC, he granted them freedom from oversight; meaning that no one can check their records or question their deeds.

Sir David Amess, the co-chair of the British Committee for Iran Freedom (BCFIF), wrote an op-ed for the Washington Examiner in which he stated that the only way to stop Iran’s terrorism is to cut off the money.

He wrote: “The financial enrichment of the organisation and the development of its status as the foremost supporter of terrorism in the Middle East and the world at large has now become very apparent. Naturally, these two trends feed into one another with increasing levels of wealth securing greater levels of domestic and international power for one of Iran’s most hard-line institutions.”

The terror squad also hold a stake in -or own outright- some of the most important companies in Iran, including public transport companies and power companies, again with little to no oversight.

Not only do the IRGC receive money through smuggling, or running former state-owned businesses into the ground, but they also receive money from the state.

Amess wrote: “[This] allocation that has grown repeatedly under the tenure of the supposedly moderate Iranian president Hassan Rouhani and now encompasses nearly two-thirds of the total budget for the Iranian armed forces. This alone should be cause for concern among Western policymakers because it plainly indicates the entire regime’s endorsement of the exceptionally hard-line foreign policy activities and rhetoric of the IRGC.”

The information was uncovered by the People’s Mojahedin Organization of Iran (PMOI/MEK), which made international headlines in 2002 when it revealed Iran’s nuclear program.

Amess, the Conservative MP for Southend West in the British Parliament, criticised those in the West who are reluctant to confront the IRGC.

He wrote: “If Western powers wish to avoid such hostilities [like those in the Strait of Homuz], they will have to adopt a strong policy towards Iran and the IRGC which they have avoided for so long. Iran’s destabilizing regional influence and its subversive activities will only be diminished if the domestic and international power of the IRGC is confronted and constrained, first through the rightful designation of the organisation as a terrorist organisation and then through the sanctioning of all its economic activities followed by financing regional conflicts and threats against the West.”

He continued: “Fortunately, the new administration in the U.S. has shown willingness to renew pressure on the regime. However, it will require support and emulation by the U.K. and a wide range of European powers to guarantee that the most hard-line Iranian forces does not gain any more influence from a regime that is already repressive and dangerous.”