Iran’s Failing Economy Could Spell the End for President Rouhani 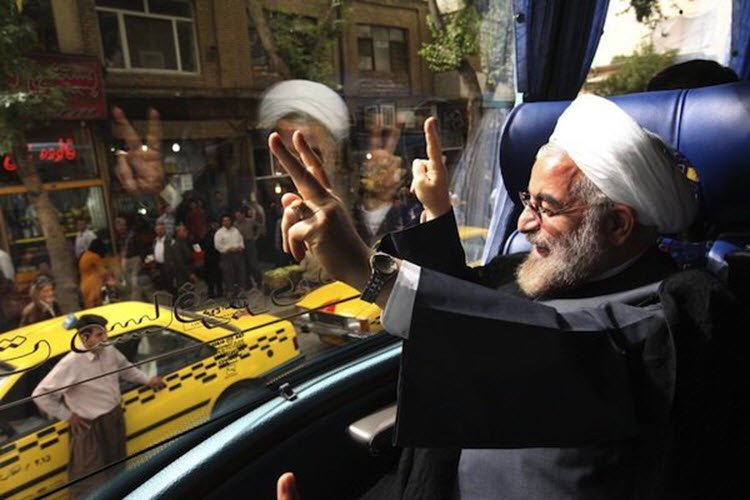 London, 11 Apr – There has been a significant drop in a number of shoppers buying food and gifts before Nowruz, the Iranian New Year, because of the disastrous economic situation according to the LA Times.

There are numerous accounts of shop owners seeing a drop in customers, which only adds to the weak economy.

Mehdi Mosavi, 27, who works in his father’s menswear shop said: “Compared to last year, our sales were down at least 10%. In fact, in the past five years, our sales have been plunging.”

While Ali Rezavand, a barbershop owner, notes that people are not stretching out the time between their haircuts.

He said: “Haircuts are like sunglasses — it is an elastic good, not a staple. I can tell you that my income has been diminishing year in and year out.”

It’s not just clothing or grooming that has been hit hard, but food shops as well.

Mohammad Moradi, a 23-year-old who works at a small grocery store, said he has lost nearly a third of his business.

He said: “People simply cannot afford to buy anything but their staple foods. When it comes to ice cream or biscuits, or anything to eat for fun, they think twice.”

With the 2017 Iranian elections drawing closer, this could be the final nail in the coffin of incumbent President Hassan Rouhani who promised when he took office in 2013 to stabilise the economy, which had been plagued with international sanctions, mismanagement, and corruption.

Many international sanctions last year, as a result of the 2015 nuclear pact between the US, the UK, France, Germany, China, Russia and Iran, but some remain in place due to the Iranian Regime breaking a condition of the deal earlier this year by firing ballistic missiles.

The fact remains that record unemployment among young people and a meagre welfare system have left many Iranians below the poverty line, unable to afford food, let alone Nowruz gifts.

So how will this affect Rouhani’s re-election bid?

Well, in short, Rouhani appears to have lost the support of the Regime leaders- which is what you really need in order to win the election in Iran. As a result, the favourite for the presidency appears to be Ebrahim Raisi; a man who helped to massacre 30,000 political prisoners in 1988.

The truth is that neither Rouhani nor Raisi are the leader that that Iranian people deserve. The only real option to ensure that the economy recovers and that human rights in the Gulf nation are protected is for the international community to support the Iranian Resistance and their call for a free and democratic Iran.