Iran Is Thwarted in Yemen 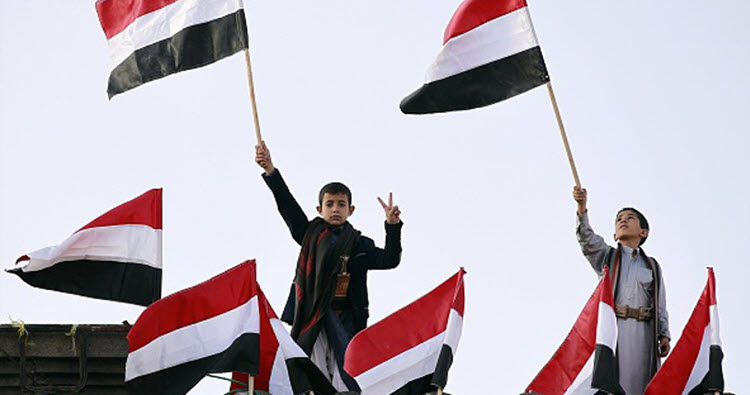 London, 7 Sep – Iran’s plans to take over Yemen have been thwarted by the Arab coalition forces, according to the Yemeni Prime Minister Dr Ahmed Obeid Bin Daghr.

Bin Daghr said that the Yemeni army, supported by the Saudi-led coalition forces in operation “Decisive Storm”, is currently in control of 85 percent of the territories in Yemen and is heading towards a great victory against the Iranian foe.

He said: “[Yemen will] not allow Iran a foothold in the country nor the room for the country to spread its philosophy of destruction.”

He continued: “Today it is our responsibility to liberate the remaining area controlled by the rebel militias.”

Bin Daghr praised the support that Yemen had received from Saudi Arabia under the leadership of King Salman bin Abdulaziz and Crown Prince Mohammed bin Salman.

He also praised the sacrifices made by the Yemeni army and the popular resistance to face Houthi and Ali Abdullah Saleh militias.

Bin Daghr promised that victory was imminent and that their sacrifices would not be in vain.

The next step in the mission will be to liberate the southwestern city of Taez, which serves as a gateway to Yemen.

Bin Daghr also thanked Saudi Arabia, the United Arab Emirates (UAE), under the leadership of Sheikh Khalifa bin Zayed and the leaders of the State of Kuwait for their humanitarian support to the Yemeni people through the King Salman Relief Center, the UAE Red Crescent, the Kuwait Relief Committee and “all those who helped Yemen in these difficult circumstances”.

The meeting tackled many important issues related to the military and the economy, and discussed the joint action to face the Houthis militias and other terrorist organizations supported by the Iranian Regime and the means to consolidate security and stability in the liberated Yemeni provinces.

In late August, the Yemeni Foreign Minister Abdulmalik al-Mekhlafi said that Iran’s support of militia groups had heavily contributed to the civil war and that they should not be allowed to participate in peace talks.

Iran says it will back OPEC output cut

AP: Goudarzi is a 58-year-old Tehran University professor in...