Missile Attack by Houthis Is “Act of War” by Iran 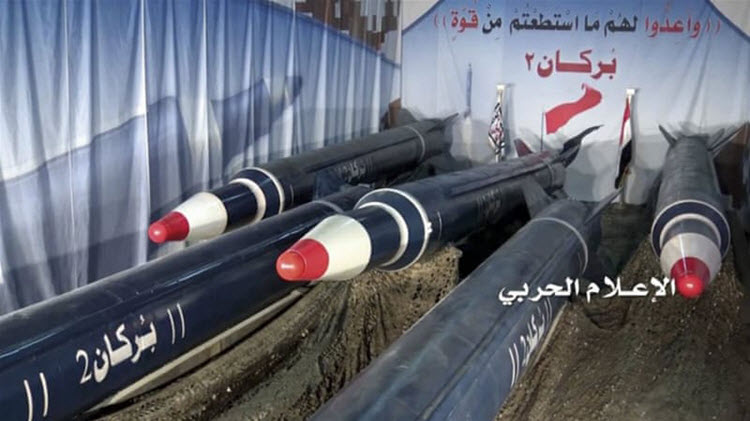 London, 10 Nov – The ballistic missile attack on Riyadh International Airport by the Iran-backed Houthi rebels last weekend is undoubtedly an act of war by the Iranian Regime.

There is no secret that the Iranian Regime, its Revolutionary Guard Corps (IRGC), and its militant Quds Force have a policy of arming, funding and training proxy terrorist groups across the Middle East, including the Houthis and Al-Qaeda.

It is also no secret that the Iranian Regime has spent years trying to undermine Saudi Arabia and increase anti-Saudi feelings through social media and Arabic language outlets, or that Iran is supplying terrorist groups with the means to target Saudi Arabia with weapons smuggling, and sponsorship of terrorism.

So why does Iran hate Saudi Arabia enough to seek to destroy it? The Saudi Kingdom never opposed the Iranian Regime’s takeover in 1979 and has consistently attempted to improve relations through diplomacy; still they are met with hatred and resistance.

Well, there are four main reasons for the Iranian Regime’s hatred: religious ideology, ethnicity differences, Iran’s expansionism, and justification of Iran’s military spending; although these points do intersect quite a bit.

Frist, Iran desperately wants to export its own brand of religious extremism across the Middle East and it does so through force. This has been true since the beginning of their rule. When they see that the king of Saudi Arabia is the Custodian of the Two Holy Mosques and, as a result, commands respect in the Muslim World, this enrages them.

Second, the Iranian leaders see the Middle East not in terms of nation-states but in terms of Persian versus Arab. They believe that Persians are superior to Arabs and believe that by exploiting the Sunni-Shiite divide, they will be able to take control.

Third, the Iranian regime is always trying to increase its control over the Middle East using proxy groups to destabilise a country before turning state leaders into puppets or pawns. If a state resists, they will be subject to the Regime’s constant attacks.

Fourth, Iran will label independent nations as “enemies” in order to justify their extreme military spending and divert attention from the issues that matter most to their people, like internal corruption and poverty.

Dr. Majid Rafizadeh, an Iranian-American political scientist and expert on Iran and US foreign policy, wrote on Arab News: “Tehran’s anti-Saudi stance will not change through diplomatic initiatives, as this has been the core pillar of its revolutionary ideals since 1979. If Iran’s actions are not stopped, Tehran’s threats to the kingdom will increase. This can have tremendous negative repercussions, not only for the peace and safety of the Saudi population, but also for the stability of the region.

History has shown how the Iranian regime can turn nations such as Syria, Lebanon and Iraq into protracted civil war zones, in order to benefit and advance its agenda.”