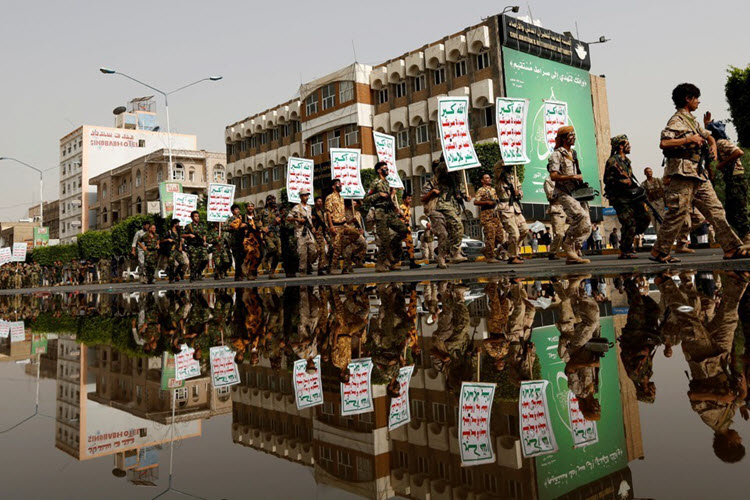 London, 10 Nov – The Saudi-led military coalition has tightened its blockade in Yemen after Iran-backed Houthi rebels fired a ballistic missile at the Saudi capital last weekend.

As a result of the blockade, which was announced on Monday, many fuel stations hiked their petrol prices by as much as 50% causing the Houthis to close all stations in the capital, and aid groups warned that the humanitarian crisis will be exacerbated.

George Khoury, the head of the U.N. Office for the Coordination of Humanitarian Affairs in Yemen, said that aid agencies were not given prior notice of the blockade and instead saw it in the press.

While U.N. humanitarian chief, Mark Lowcock, warned that if the blockade continued, Yemen would face a large-scale famine and called for aid workers to be allowed into the country at a meeting of the U.N. Security Council.

On Saturday, November 4, Houthi rebels launched an Iranian built missile at Riyadh International Airport. The missile was shot down by Saudi defence systems and no one was hurt but it’s the closest a ballistic missile has gotten to the capital.

Saudi Arabia said that the Iranian Regime is not just supporting the Houthis but actively arming them with advanced weapons, including ballistic missiles; a position also taken by the USA and France.

The White House issued a statement condemning Iran’s actions as part of an attempt to destabilise the region and lending support to Saudi Arabia and its allies in the Middle East against Iran’s violations of international law and UN resolutions. They also raised the matter before the UN on November 7.

On November 9, French President Emmanuel Macron said: “The missile which was intercepted by Saudi Arabia launched from Yemen, which obviously is an Iranian missile, shows precisely the strength of their [program me].”

A Saudi-led coalition has been fighting the Iran-backed Houthis in Yemen since March 2015. The Houthis control northern Yemen, including the capital of Sanaa, while the internationally recognized government controls southern Yemen from its base in Saudi Arabia.

On Wednesday, the office of Yemeni President Abed Rabbo Mansour Hadi has denounced reports that Saudi Arabia is preventing him from returning to Yemen due to a conflict with the United Arab Emirates as “lies” designed to attack Saudi Arabia in its legitimate fight against the Iranian Regime’s interference in Yemen and across the Middle East.

In Brief: Iran to send Zarif for talks with U.S.

Washington Post: Pressure for Europe to declare Hezbollah a...