Saudi-Iran War Will Happen Unless World Gets Tough on Iran 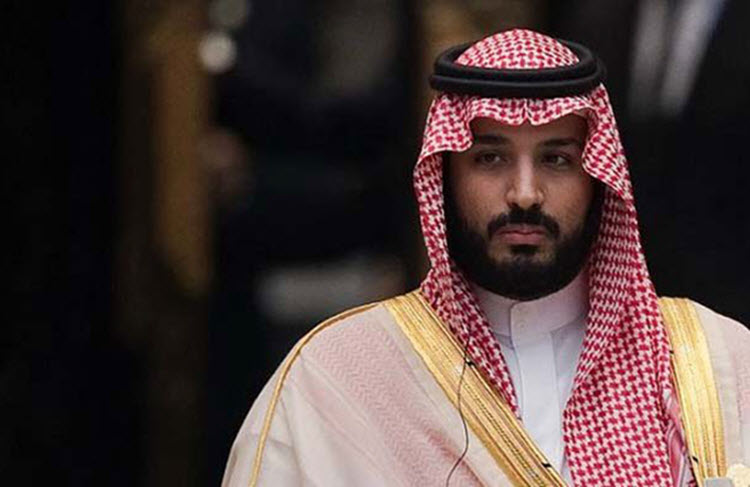 London, 02 Apr – The Saudi Crown Prince has warned that war with Iran will happen by 2032, unless the international community acts now to contain Iranian aggression and expansionism in the Middle East.

Prince Mohammed bin Salman told the Wall Street Journal that the international community needs to increase the economic and political pressure on Iran in order to stop another deadly war in the Middle East, the ramifications of which would spread far beyond the region.

If not, Iran will only get more belligerent and force Saudi Arabia to respond in kind.

Prince Mohammed said: “If we don’t succeed in what we are trying to do, we will likely have war with Iran in 10-15 years.”

This may seem extreme, but Irna has shown no sign of reforming or stopping its malign expansionism, especially not with an appeasement policy from the West. The only way to prevent Iran from causing war in the Middle East is to remove the Regime altogether.

When the international community gets tougher on Iran, they will make Iranian Mullahs weaker than they already are and aid the Iranian people and their Resistance in their overthrow of the deadly mullahs, who suppress the Iranian people as well as cause chaos in the Middle East.

The increased pressure from the rest of the world must be combined with support for the Iranian Resistance, otherwise it will only lead to negotiations with Iran and more attempts at appeasement, which will only delay this problem, rather than fixing it.

Iran has been trying to spread its influence across the Middle East, since it stole power in 1979, but this has really ramped up since the start of the 21st century. This can be seen by their support of terrorist proxies (i.e. Hezbollah, the Houthis, the Popular Militarisation Forces), their interference in civil wars (i.e. Yemen and Syria), and their destabilisation of foreign states to create a power vacuum (i.e. Iraq and Lebanon).

Prince Mohammed said that Iran’s attempts to spread its influence across the Middle East will push the region towards anarchy, reporting that if the Saudi-led Arab Coalition hadn’t become involved in the Yemeni conflict to halt the Iran-backed Houthis, the country would have been torn in two.

After several attacks by Iranian proxies on Saudi Arabia, the kingdom cut its ties with Iran and was also able to bring other regional powers onboard to isolate the theocratic dictatorship. They cited Iran’s interference in the affairs of Arab states as their reason for cutting ties.

Prince Mohammed also warned that the Iranian Regime wants to turn Syria into a vassal state, as they have with Iran, and warned Bashar-al-Assad not to play into Iran’s hands.

Three men flogged in public in Iran for drinking