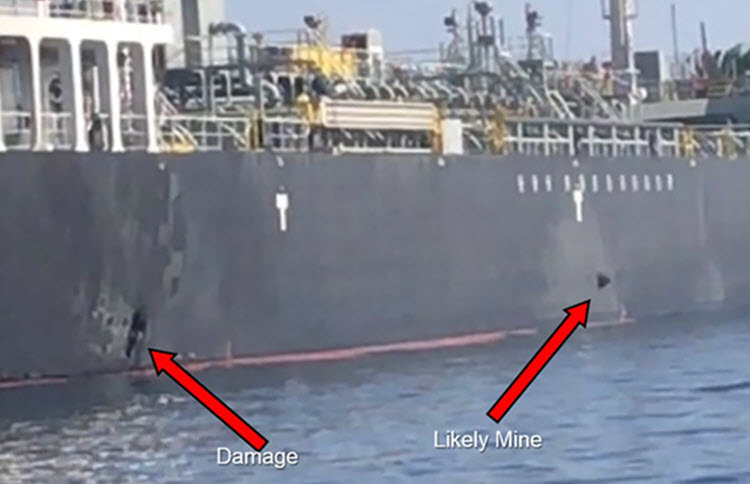 The US released a video on Thursday that it says shows the Iranian navy an unexploded mine attached to the Japanese-owned chemical tanker Kokura Courageous, which was one of the two tankers attacked that day in the Gulf of Oman.

Secretary of State Mike Pompeo blamed Iran for attacking the Kokura Courageous and the Norwegian-owned Front Altair, saying that he had intelligence pointing to the regime. That night, US Central Command released the video.

In the video, a smaller boat can be seen approaching the side of the Japanese tanker and removing an object, which the US says is likely an unexploded mine, from the hull. The US believes Iran was trying to recover evidence that they were involved in the attack.

The video was recorded by a US military aircraft flying overhead four hours after the US Navy had arrived on the scene to evacuate the crew and contain the disaster. One official said that multiple Iranian small boats entered the area, which caused the US Central Command to issue a statement warning Iran against interfering with the US mission.

U.S. Central Command spokesman Capt. Bill Urban, who released a timeline and photographs of the aftermath, said: “At 4:10 p.m. local time an IRGC Gashti Class patrol boat approached the M/T Kokuka Courageous and was observed and recorded removing the unexploded limpet mine [from the tanker]”. 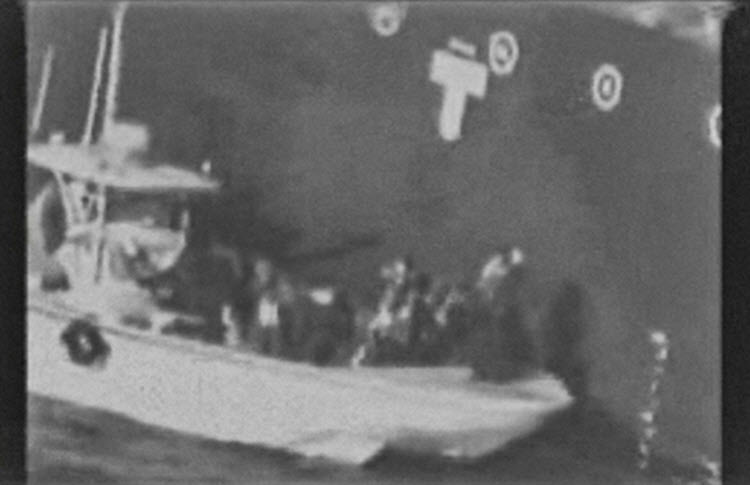 Jonathan Cohen, acting US ambassador to the United Nations, told the UN Security Council on Thursday that the attack was “another example of Iran’s destabilizing activities in the region”.

The tankers were attacked in international waters near the strategically important shipping lane, the Strait of Hormuz. The International Association of Independent Tanker Owners said the vessels were hit at or below the waterline, near to the engine, in what appear to be “well-planned and coordinated” attacks.

The Front Altair’s crew were also evacuated and are currently being held in Iran.

Pompeo said: “The United States will defend its forces, interests and stand with our partners and allies to safeguard global commerce and regional stability.”

This attack follows an attack on four oil tankers in the United Arab Emirates’ port of Fujairah in May, which an initial investigation has concluded was the result of a “state actor”. Last week, the UAE, Saudi Arabia and Norway told the UN Security Council that there are “strong indications that last month’s attacks were part of a sophisticated and coordinated operation carried out with significant operational capacity”.

Iran, Syria must work with international community to be accepted: Annan

AFP: Iran and Syria must work with the international...