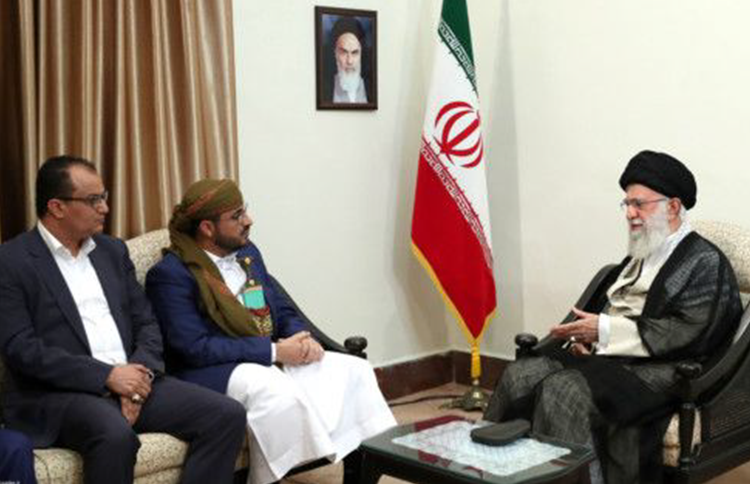 The United Arab Emirates said that the Tuesday visit by the Yemeni Houthis to Iranian Supreme Leader Ayatollah Khamenei is yet more proof of the terror cell’s allegiance to the mullahs.

UAE Minister of State for Foreign Affairs, Anwar Gargash, tweeted: “Houthi relations with Iran, for long in search for proper designation, is clearer following their leadership’s meeting with Ayatollah Khamenei. Stated in black and white in their statement of fealty the Houthis are a proxy and that is the correct terminology.”

The Gulf countries have long complained about Iran’s interference in the affairs Arab states’, from Iraq, to Syria to Lebanon to Yemen, often emboldening dangerous factions or lengthening civil wars. The four-year-old Yemeni conflict, for example, has killed tens of thousands of people and displaced some 3.3 million, while two-thirds of the population (roughly 20 million people) need humanitarian support, according to the United Nations. The country has been brought to the brink of famine.

Mohammed Abdul Salam, representative for the Houthis, visited Khamenei at his Tehran residence on Tuesday, as reported by Khamenei’s official website, and Khamenei renewed his support for the Houthis who control the capital Sana’a and much of north Yemen.

Khamenei also criticised the “Western world’s indifference towards the crimes committed in Yemen”, which is odd because the US actually backs the Arab coalition to end the war and reinstate the internationally recognised government. Khamenei called for a “strong resistance against the Saudi-led plots to divide Yemen”, because Tehran sees the war as a chance to hurt their long-time regional foe, who they accuse of plotting to “divide Yemen”.

In fact, Saudi Arabia and the US have consistently said that Iran is illegally smuggling weapons into Yemen to prop up the Houthis and that hundreds of the Iran-made missiles supplied to the Houthis have been used to fire on civilian centres in Saudi territory against international law.

The Arab Coalition said on Tuesday that a Houthi drone, launched from Sana’a, landed on civilians in Yemen’s Amran. They also said that the “Houthis repeatedly lie by claiming to have targeted the Kingdom’s Abha airport”.

Salam had previously met with Iranian Foreign Minister Mohammad Javad Zarif in Tehran, according to a tweet posted by the Iranian state-run Fars News Agency. A couple of days earlier, the Houthi delegation gave Khamenei a letter from Abdel-Malek al-Houthi, the movement’s leader, according to Iran’s semi-official Tasnim news agency who gave no details about the contents.

Iran to buy 150 locomotives from Siemens