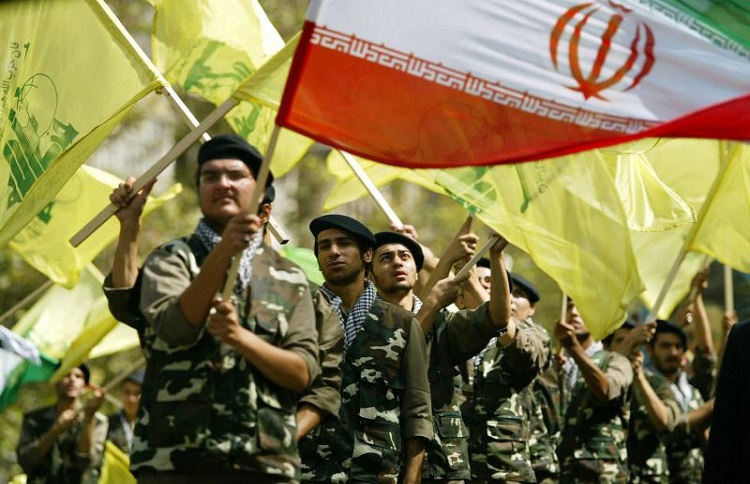 Both the Arab League and the Gulf Cooperation Council have already classified the Iran-backed Lebanese Hezbollah as a terrorist organization.

The European Union, however, decided six years ago to put only the “military wing” of Hezbollah, an ally of Iran, on its terrorist list. At the time, this partial recognition was a success. The 28 Member States finally – after much resistance – added Iran-funded Hezbollah on the EU terror list.

Thanks to the initiative of Britain and the determination of Bulgaria – which had to face a deadly Hezbollah attack last year – as well as Cyprus – where a Hezbollah supporter was arrested for spying on targets – the EU acknowledged the threat posed by Hezbollah in European cities.

But the EU decided in an unusual step to divide Hezbollah and not put the “political wing” on the terrorist list.

There could not be a more meaningless distinction than this one, according to security experts. Hezbollah chief Hassan Nasrallah emphasized that his organization cannot be divided. And he mocked the EU decision when he said, “Only as a joke, I suggest that our ministers in the next government come from Hezbollah’s military wing.”

The EU argues that Hezbollah is also a “legitimate” party in Lebanon that participates in elections and has members in the government. Classifying Hezbollah in its entirety as a terrorist organization would limit the fundamental rights of those who choose Hezbollah and jeopardize the fragile stability of Lebanon, the EU has argued.

However, experts say this argument prevents the obvious from being recognized:

This is precisely the conclusion reached by a report by the Dutch intelligence service, which states that “Hezbollah’s political and terrorist wing is controlled by a joint coordination council.” The same report states: “The Netherlands has changed its policy and no longer distinguishes between the political and the terrorist wing of Hezbollah. The Netherlands classified the entire Hezbollah in 2004 as a terrorist organization.”

In order to understand the goals of the group, it is necessary to examine more closely Hezbollah’s actions over the years:

Such acts led the Gulf Cooperation Council (Bahrain, Kuwait, Oman, Qatar, Saudi Arabia, and the United Arab Emirates) and the Arab League to classify Hezbollah as a terrorist organization. Only Lebanon, where Hezbollah has its seat, Iraq, and its Iranian ally, voted against this classification. Syria has not voted because its membership in the Arab League has been suspended since 2011.

Gulf Cooperation Council Secretary-General Abdullatif al-Zayani accused Hezbollah of “carrying out terrorist attacks, smuggling weapons and explosives, stirring up turmoil and inciting chaos and violence.” He added that the actions of the group were a direct threat to “Arab national security.” A distinction between the “military” and “political” wing is not made.

This leads to the remarkable situation that the United States, Canada, Israel, Japan, the Netherlands, the Arab League, and the Gulf Cooperation Council, as well as Argentina and Britain, which have recently joined, all agree on the true face of Hezbollah but the EU is not on their side, experts point out.

Blacklisting Hizballah in its entirety would limit the group’s operability in Europe if EU countries were able to stop the organization’s efforts to establish structures and raise funds. After all, about 1000 followers of Hezbollah are believed to be present in Germany alone.

In the past, some European countries, including France and Italy, have sought to appease terrorists operating in their countries, security experts say.

In recent years, given the tragic events that have occurred and the attacks that have been thwarted on European soil, Europe should know that its current strategy toward Hizballah is not working, experts say. And with this knowledge, they say, one should come to the realization that terror is terror and Hezbollah is Hezballah.

Iran asks for apology on sanctions