Iran Regime, the Creator of Weirdest Misogynist laws on Earth 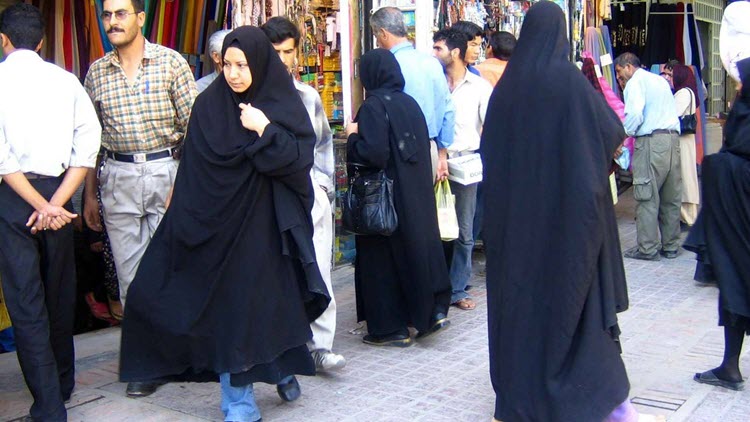 London, 27 October – No one would describe the situation for women living under the Iranian Regime as progressive or empowering. In fact, even the word misogynist may not be strong enough, because women living under the Iranian Regime are not just subject to sexist laws about the way they dress or what jobs they can have or whether they should be allowed any kind of autonomy; they are also subject to the kind of bizarre, medieval laws that confuse everyone else in the world.

Deutsche Welle Farsi has created a list of some the weirdest laws that are in place for women in Iran; if you don’t see a reason highlighted for the law, it’s because none were given. The Iranian Regime doesn’t always feel it necessary to explain why it makes laws, or imprisons people or executes people.

Work and Money
1. Women are not allowed to work in coffee shops.
2. Wives can only work with their husband’s approval
3. Female Iranian athletes must wear the hijab whilst involved in sporting events
4. Women are banned from receiving the same inheritance as male relatives.

Clothing
5. Women are not allowed to wear boots over pants
6. Women must not wear a hat to cover their hair, instead of a veil.
7. Women cannot wear tight clothes for swimming: The Iranian Regime has not yet commented on whether loose clothing that clings to the body when exposed to water would be allowed.
8. Women are not allowed to wear leggings.

Relationships
18. Women are not allowed to marry non-Muslim men, but men are allowed to marry non-Muslim women.
19. Women are not allowed any contraceptive surgery.
20. Girls can be married off at age NINE.
21. Only men can initiate divorce proceedings.
22. Women must not have physical contact with men, including shaking hands.
23. Lesbianism is forbidden

Violence against women
24. Wives are not allowed to strike their husbands but their husbands are allowed to hit them
25. Wives cannot refuse a husband’s sexual request – this is not sex, this is rape.
26. Women cannot report a rape without having four male witnesses or they will be charged with adultery. It is not clear why four men would watch a woman being raped, not intervene and then agree to testify on her behalf.

These are just some of the most bizarre laws that affect women in Iran but there are many, many more. This highlights the importance of the Iranian Resistance, as their plan for a free and democratic Iran is based in total gender equality, meaning that these archaic laws would be removed.

Thank you to Front Page and the National Council of Resistance of Iran (NCRI) for providing English translations.

PRNewswire: Former US officials urge formation of commission of...

AFP: Iranian President Mahmoud Ahmadinejad warned on Sunday that the...