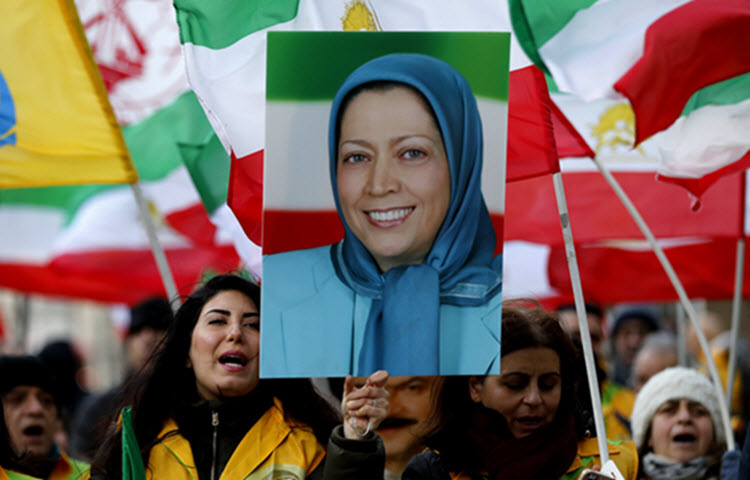 The People’s Mojahedin Organization of Iran (PMOI/MEK) is a political group dedicated to bringing freedom and democracy to Iran.

They derive their political beliefs from a modern and tolerant version of Islam that is fully compatible with modern society – the exact opposite of the ruling mullahs’ Sharia Law, which is intolerant, extremist, genocidal, non-democratic, and misogynist – and the MEK believe that their interpretation is the true meaning of Islam.

In 1982, MEK leader Massoud Rajavi, said: “The Islam we want is nationalistic, democratic, progressive, and not opposed to science or civilization. We believe there is no contradiction between modern science and true Islam, and we believe that in Islam there must be no compulsion or dictatorship.”

This combination of tolerant religion and politics means that the MEK enjoys broad public support amongst the Iranian people and people all over the world, but it is also why the mullahs fear the MEK.

Today, we will look at some of those beliefs in more detail and explore why the MEK believe that Islam that the Quran, the Prophet Mohammad, and other religious leaders espouse the ideological principles of freedom, gender, ethnic and religious equality, human rights, and peace.

While the mullahs see Islam as mechanical and deterministic, the MEK believes that the real interpretation of Islam is dynamic and never impedes social progress. The MEK believes that Islam promotes science, technology and civilization, which improves the lives of ordinary people.

The MEK explain this through the story of Prophet Mohammad’s 23-year mission during which time some Quranic verses were declared ‘resembling’ to reflect changes and advancements in society.

The MEK does not see the Quran as prescriptive, explaining that less than 10% of verses in the Quran are edicts, so it should not be seen as a legal text that does not allow for humans to make their own laws that are suitable for the period in time that they are living.

Fundamentalists see the edicts as unchangeable dogma that must be obeyed at all costs – unless, of course, it is the fundamentalist that breaks them – but the MEK believe that the Quran emphasizes that these edicts are subject to change over time.

In fact, the MEK see fundamentalists as frankly un-Islamic.

The MEK believe that democracy is a key feature of Islam, highlighting the Quran and the Prophet Mohammad as saying that freewill and individual responsibility is what separates the humans from the animals and God’s will is realised through democratic governance.

In 1980, Massoud Rajavi said: “Freedom is a divine blessing…Anyone trying to restrict human freedom has neither understood Islam nor mankind and the [anti-monarchist] revolution. Freedom is indispensable to the survival of mankind as human beings. Otherwise, human beings would be no different from animals and could not be held responsible for anything.”

That is why the MEK see the ballot box as the sole condition for political legitimacy, as a free and fair election offers the people free will.

The MEK believe that fundamentalist mullahs who reject free will, individual choice, and democracy are spreading an interpretation that is incompatible with Islam and therefore meaningless. The process of installing an unelected head of state and rigging elections to ensure that your party wins is also undemocratic and therefore un-Islamic.

AFP: Iran is under growing international pressure to renounce...

Reuters: A delivery of equipment for Iran's first nuclear...