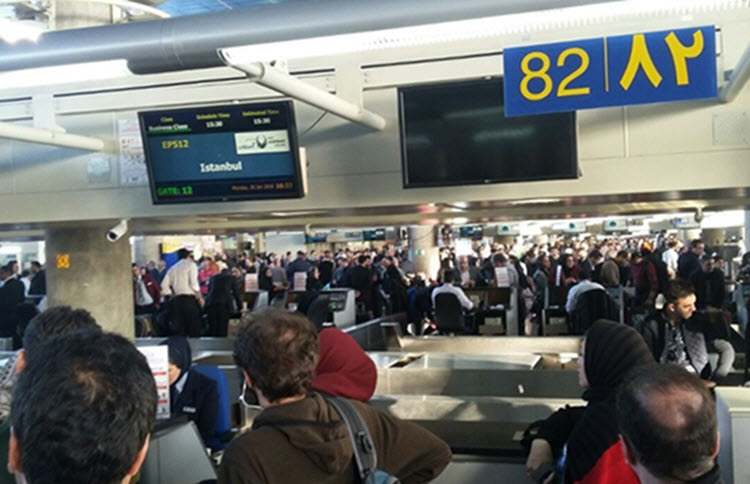 London, 25 July – Even though the U.S. sanctions against Iran have not yet taken effect, the country’s economy is displaying huge fluctuations on the foreign exchange market. The fluctuations have never been so dramatic and it is evident in the price of food and gold that has shot up. The country’s official currency, the rial, is also significantly losing value against the dollar.

The people of Iran are not only concerned about the economy, but they are feeling the impacts in a dramatic way. The state’s corruption is only adding to their discontent. It was recently revealed that of the dozens of credit institutes that stole money left by depositors, only one of them is going to be legally prosecuted.

The situation for young people in Iran is dire. It is believed that at least a fifth of university graduates are unable able to gain employment and those that have are working are in menial positions that have no relevance to their qualifications. More than fifty thousand young Iranian people are furthering their education in other countries.

Experts and analysts are saying that Iran is on the verge of a new wave of emigration.

Bahram Salavati, a member of the Population Studies Institution (PSI), said that it is probable that young Iranian’s will leave the country because of the current economic climate. He also said that it will be the reason behind former emigres that have returned to Iran once again leaving.

Salavati said that almost 1.8 million people in Iran had a desire to leave the country in 2015.

The people of Iran are very aware of the unjustness in the country and they have all heard the stories of the Iranians that had been persuaded to return to Iran and then were subsequently mistreated. One example of this is 36-year-old Kaveh Madani, an Iranian environmentalist and scientist that was teaching in London but came back to Iran to take up a role as deputy head of the country’s Department of the Environment. He was dubbed the “Symbol of Expatriate Return” but suddenly left Iran after being arrested and interrogated. Such a high profile “symbol” was not even left alone by officials so it clearly acts as a deterrent to others that might have been convinced to come back to their home country.

Other environmentalists who only have the country’s best interests at heart have also been arrested and imprisoned. Kavous Seyed Emami was one such environmentalist who was arrested, except he also died under suspicious circumstances while he was imprisoned. The authorities maintain that he committed suicide but their claims are sketchy and his family were badly mistreated after the fact too.

An Iranian researcher based in Paris, Saeid Payvandi, said: “Beyond the global trend of brain drain affecting all economically troubled countries, Iran’s wealthy and educated elites leave their native country because of the nontransparent political system, censorship, suppression of civil society, religious, cultural, political, and gender-based discrimination, a rouge judiciary system, a parallel government of the security apparatus, widespread financial mismanagement and corruption, and tense relations with other countries.”

Daily Telegraph: A notorious Afghan criminal was recruited to...

Tories back US action on Iran

The Independent: Liam Fox, the shadow Defence Secretary, has...