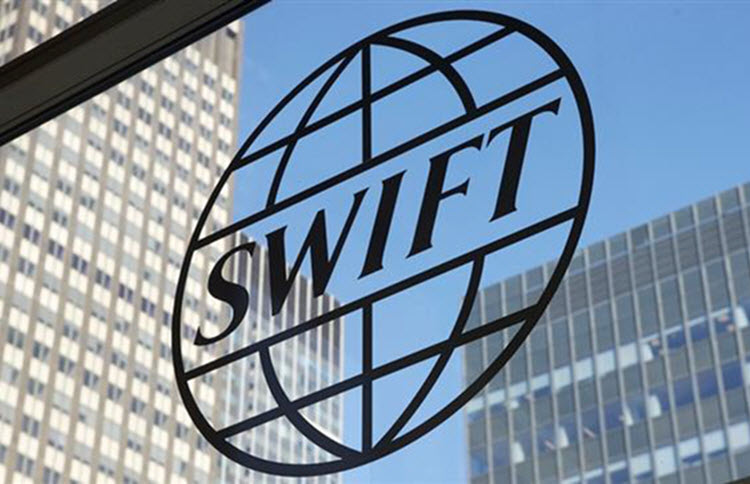 London, 28 Sep – At the United Nations this week, Iran President Hassan Rouhani refused to meet with President Trump. It appears that both Rouhani and his European backers are waiting to see if Trump will force the SWIFT financial-messaging service to disconnect Iranian banks in November. Without SWIFT, Europe’s plan to sidestep US sanctions will be more likely not to succeed.

US and European supporters of the Joint Comprehensive Plan of Action (JCPOA), released a think tank report a week before Trump withdrew from the Iran nuclear deal. The report outlined ways in which Europe could evade US sanctions by processing payments to Iran through European central banks. After Trump’s announcement of US withdrawal from the deal, the European Commission announced it would do exactly that.

European leaders announced Monday, that payments to Iran could now be processed in a way that made them less dependent on American dollars. They appear confident that US sanctions will be evaded, but they acknowledge that the scheme depends upon Iranian banks continued connection to the SWIFT system.

Iranian banks, including the Central Bank of Iran, each have a SWIFT code, and while these banks remain connected to the system, sanctions evasion is a possibility.

However, Congress authorized any president to impose financial sanctions on SWIFT’s board of directors if the company refused to disconnect backlisted Iranian banks in the pre-Iran deal era of 2012. Besides the threat of being sanctioned themselves, SWIFT’s own corporate rules reserve the right to suspend membership for “conduct which is not in line with generally accepted business conduct principles.”

On Tuesday, National Security Adviser John Bolton warned SWIFT that any provider of financial services to Iranian banks would suffer consequences. According to reports though, Treasury Department is doesn’t wish to exert pressure on SWIFT’s board, which includes Citigroup and JPMorgan.

A compromise plan has been advised by several former high ranking officials: Iran is not disconnected from SWIFT in November, but Iran’s transactions must be monitored going forward. Critics call this “a dressed-up version of the status quo and exactly what JCPOA supporters want.”

Sanctions have been imposed on the governor of Iran’s central bank. The Treasury Department alleges that the bank funneled millions of dollars on behalf of Iran’s terror-designated Quds Force “to enrich and support the violent and radical agenda of Hezballah.” Treasury Under Secretary Sigal Mandelker declared that “we are seeing Central Bank of Iran complicity in Quds Force financing…. we have seen the Central Bank of Iran’s complicity in supporting the financing of terrorism.”

As the second wave of US sanctions go into effect in November, SWIFT sanctions will be affected. The Treasury has issued warnings to financial institutions around the world: “Do business with these designated Iranian banks and you will lose access to the US financial system.” The Treasury risks undermining its own credibility if different standard of compliance are established for SWIFT.

Sixteen US senators wrote to the Trump administration last month. They urged maximum enforcement of US sanctions targeting SWIFT if Iranian banks aren’t disconnected in November. “Compromise” in which Iranian banks stay connected to SWIFT was rejected.

British Intel Chief: Iran Is a Threat to the Whole World