The Truth About the Iranian Regime’s Prison System 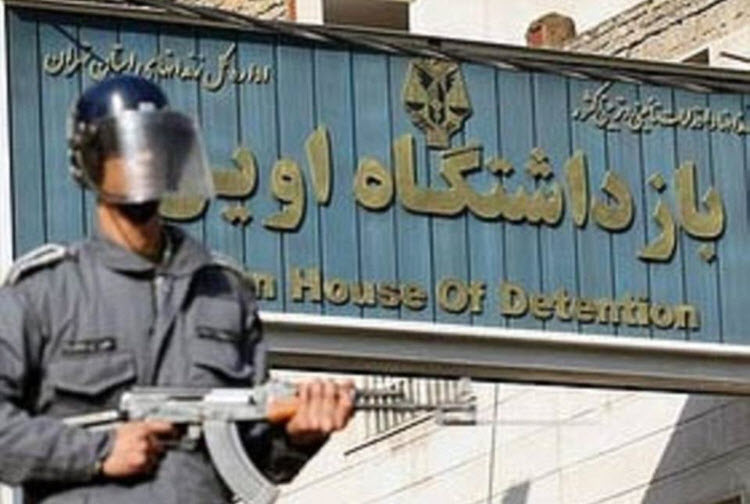 London, 7 Aug – Sadegh Sistani, an Iranian human rights activist has detailed the true nature of the Iranian Regime’s prison system, which is far different from the picture painted by the mullahs during the recent open day at the notorious Evin Prison.

Of course, many countries refused to send ambassadors to officiate this farce, but some senior politicians were indeed fooled, with the Portuguese ambassador describing the conditions as “favourable”.

Sistani wrote: “I know Evin prison well, having spent most of my seventeen years of incarceration there. I remember memories tinged with suffering and resistance. Torture and deprivation, but also the solidarity and compassion of comrades who remained faithful to their convictions. The prison area in Iran is above all a place of lawlessness where the prisoner of conscience is at the mercy of the torturers, in a total legal abyss.”

Amnesty International’s latest report rebuked any notion of favourable conditions citing a lack of access to healthcare which ran the risk of death or permanent disability to the political prisoners.

But indeed, it is the psychological trauma that may be the worst.

Sistani, who escaped to France in 2012, wrote: “Years later one may forget the physical sufferings but not the psychological tortures that remain engraved in your soul. Memories that come back to you without warning. While my body was bruised by torture and my face and jaw had been badly damaged after long interrogation without being able to sleep, I forgot my pain when I witnessed in spite of myself the abuse in the cell of a young woman who was accompanied by her baby. She was tortured from morning to night and when she returned to the cell I could hear her moans and her tears and I was there at a distance of a wall but helpless of helping her. I never knew if she survived, and what happened to her baby, but her cries imploring God to take her life away are still with me.”

Sistani published his tell-all report on the National Council of Resistance of Iran website after learning of the decisions of many high-ranking politicians from around the world to attend the inauguration of Hassan Rouhani; a man with a catastrophic record on human rights, who has presided over the deaths of over 3,000 people in his short reign.

Sistani has been imprisoned for his political beliefs and support of oppositions group the People’s Mojahedin Organization of Iran (MEK/ PMOI) at various points since 1981 at the age of just 17. Considering the Regime has so far executed over 120,000 PMOI members, including 30,000 in 1988 alone, it is remarkable that he has live to tell the tale.

He wrote: “Several of my friends, including Hossein Aghilisabeth and Houchang Mazandarani, who still carried the sequels of their tortures, perished in the massacre. They were serving prison sentences and awaiting their release. But they were one day taken out of their cells and sent to the gallows. For my part, I escaped this murderous frenzy because I had been released before 1988. Arrested again in 1993, I could only escape in 2005. This time I decided to flee secretly from the country and continue my commitment to regime change in Iran.”

He still fights for freedom on behalf of his friends, family, and fellow Iranians.

He wrote: “Ali Moezi, Saeed Massouri, Saeed Chaghaleh, Gholam Kalbi, Afchine Ba’imani and Arjang Davoudi have been in prison for more than fifteen years for their sympathy for the opposition. We were tortured to give up our love of freedom and the ideal of a democratic and secular Iran. But rapes in isolation cells, “cages” where crouching detainees squatted for months and methods of systematic dehumanization, could not break the force of conviction of thousands of activists who remained faithful to their noble convictions.”

He continued: “Through my testimony I hope to awaken the consciences too complacent to the mullahs, both ambassadors and European officials manipulated by the regime, and political decision makers and Western investors who covet business with Tehran. We must remind them of the abject nature of a religious regime destined to disappear and the responsibility of the democrats not to sell human values on the altar of petty economic interests.”

AP: Moscow has warned Iran that it will not...

Blair calls on international community to act on Iran