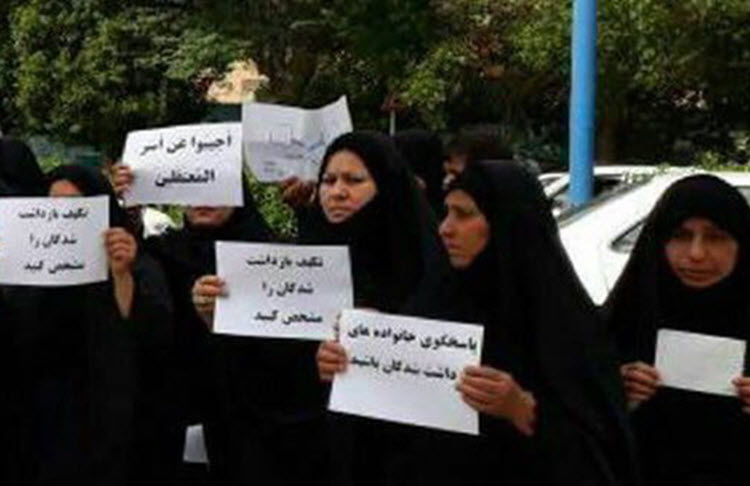 Ma’edeh Shabaninejad was arrested back in March at the aunt’s house in Ahvaz, where she hid after security guards raided her home and confiscated her poems.

Her father, Sahid, said that Ma’edeh has been allowed to call her mother from jail on a weekly basis and is accused of writing poetry about Iran’s Arab minority that incites violence.

One of the verses in question reads: “Resist, my homeland, there is not much left of you. Soon you will hear in your sky the sound of smiles and liberation’s call.” It is unclear what part of the poem incites violence, but it is more likely that the authorities.

wanted to silence this free expression, as they have tried to do with many political activists.

Sahid said: “I am amazed the Iranian government is afraid of a 15-year-old girl. A young girl is in constant fear in prison and cannot sleep at night.”

Another relative claimed that Ma’edeh’s aunt and some cousins were also arrested, but Reuters could not confirm their names with authorities, as the Iranian officials rarely release the names of detainees.

Arabs in Iran have long faced discrimination, but now Iranian government has stepped up their attacks on the Arab community.

Two separate human rights groups (Ahwaz Human Rights Organisation and the Center for Human Rights in Iran) have said that hundreds of people in Ahvaz, home to most of Iran’s Arabs, have been arrested in the last few weeks alone for protesting water and power cuts, poverty, and alienation.

Ahwaz Human Rights Organisation has identified 70 of the arrested people by name, while five of the activists reported that the detainees were being held on security charges. National security is a common excuse by Tehran when you haven’t actually committed a crime.

These arrests appear to part of the government crackdown on protesters that ramped up following the outbreak of anti-government protests in December 2017, which are still ongoing.

The Arab protesters say that they face barriers to employment, lack political rights, and that during the ongoing drought, which is affecting 97% of Iran, water has been diverted to ethnically Persian provinces, such as Isfahan.

The authorities have, of course, spoken out against discrimination, but this is nothing more than making themselves look good in front of the world. They do not intend to end the discrimination against Arabs, any more than they do against Christians or the Kurds.

Bush gets briefing on US-Iran incident