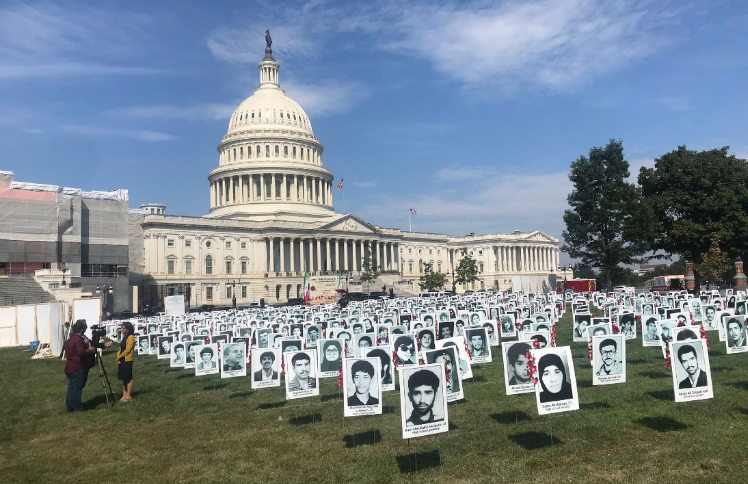 Human rights advocates have addressed a ‘clustered interactive dialogue’ at the United Nations Human Rights Council (UNHRC) on Wednesday about the 1988 massacre of 30,000 political prisoners in Iran, in which they addressed that the massacre constitutes an ongoing crime against humanity.

Among the people addressed were Bernard Duhaime, Chair of the Working Group on Enforced or Involuntary Disappearances, and Fabian Salvioli, Special Rapporteur on the Promotion of Truth, Justice, Reparation, and Guarantees of non-recurrence.

Milica Javdan, from the Women’s Human Rights International Association, explained that the 30,000 political prisoners were massacred based on a fatwa by Supreme Leader Ayatollah Khomeini, which called for the execution of all political prisoners affiliated to the opposition group, the People’s Mojahedin Organization of Iran (PMOI/MEK).

Why? Because the MEK “remained steadfast in their resistance to the Iranian regime”.
Javdan explained that the victims were buried secretly in mass graves and that for “31 long years the Iranian government has tried to conceal the truth about the mass executions from the International Community”.

Javdan said: “Mr. Special rapporteur Salvioli, till this day the grieving families of the victims have not received any information about the fate of their loved ones. There is no paper trail on the prisoners’ whereabouts, no trial documents and no graves to visit. The victim’s families look to you for answers.”
She then explained that the late Special Rapporteur on the situation of human rights in Iran, Asma Jahangir, had informed the General Assembly about the 1988 massacre in August 2017 and requested an investigation into it, which has not taken place.

Javdan said: “Mr. Salvioli, what measures has your office taken in order to investigate this matter and to seek answers from the Iranian government about the true fate of the victims of the 1988 massacre?”

She highlighted that many perpetrators of the massacre still hold senior positions in the Iranian Regime, like Judiciary Chief Ebrahim Raisi and Justice Minister Alireza Avaei, while former Justice Minister Mostafa PourMohammadi defended the 1988 massacre in an official interview in July and said newly arrested MEK activists would face the death penalty.