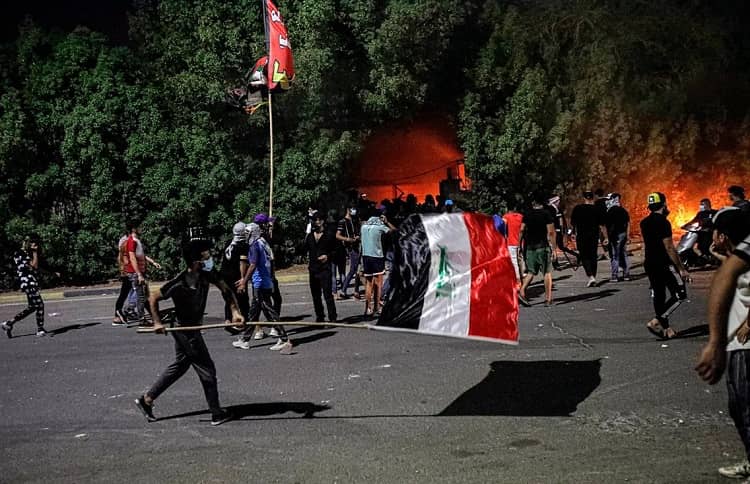 At the same time as the developments in Iraq are escalating, Iranian officials are very worried and angry about Iraqi Prime Minister Mustafa Al-Kazemi’s visit to the United States and its consequences, and for this reason, they are trying to warn and threat him in their media.

Asr Iran website on 21 August while remembering Iran’s regime dominance in Iraq wrote to the Iraqi Prime Minister: if Iran didn’t exist, “now in Baghdad, there were not a prime minister named Mustafa Kazemi, instead a caliph named Abu Bakr al-Baghdadi would be ruling.”

And Kayhan wrote: “The Prime Minister of Iraq, ignoring the resolution of the parliament and the anti-American feelings of the people of his country, claimed that Iraq needs the United States!”

The height of the uprising and the social atmosphere in Iraq

On the other hand, in recent days, in response to the line of terror and intimidation carried out by Iran’s regime in Iraq against the Iraqi peaceful protesters and youths who want see a change, while tired about the situation in Iraq, mainly caused by the meddling of the Iranian regime, the protests have reached a new height in Baghdad and other Iraqi cities.

Especially after the assassination of Dr. Reham Yaghoub, one of the leaders of the protests in Basra against the Iranian regime’s interference, the wave of protests against the Iranian government and the outrage over the assassination of the opposition by the regime’s proxies, specifically Nouri Al-Maliki in Iraq, has risen. In Basra, the funeral of “Reham Yaghoub” led to large demonstrations chanting slogans to oust the regime from Iraq and disarm the regime-affiliated militias.

Similar demonstrations took place in Baghdad and Najaf with the symbolic funeral of “Country’s Martyr Reham Yaghoub.” Thus, the Iraqi social atmosphere is increasingly saturated against the regime and its militias. 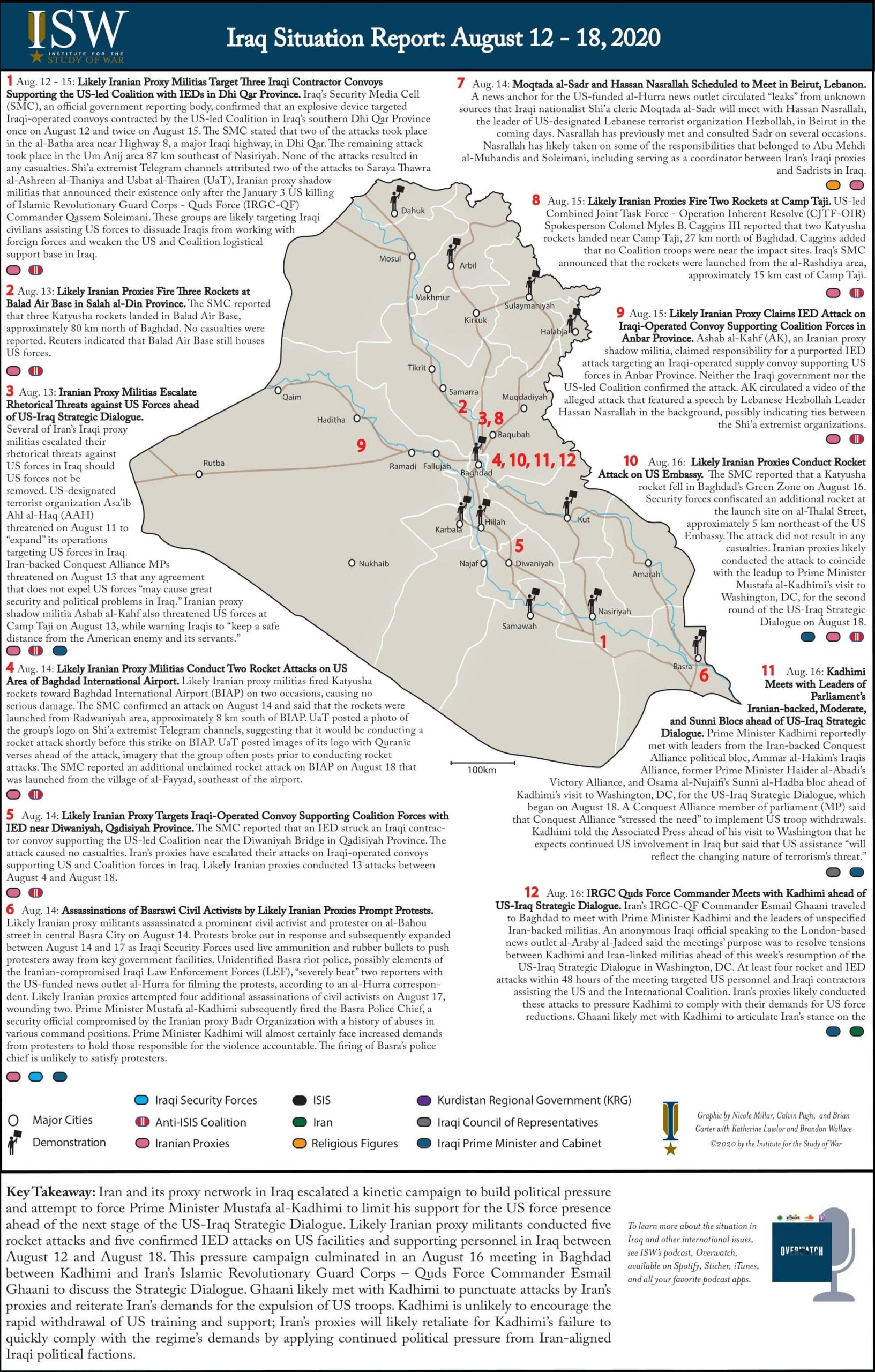 Basra’s most recent wave of protests began when activist Tahseen Osama was assassinated by the regime’s proxy forces last week.

Iran’s proxy force Al-Hashd Al-Shaabi (PMF) and the other regime’s overt and hidden proxy forces carried out several targeted assassinations against the protest activists.

Another civil activist, Fallah al-Hasnawi, and his fiancé were attacked in the middle of Basra, and gunmen tried to kidnap him and his fiancée, while by this strife the fiancé of al-Hasnawi’s was killed and he was shot seven times. He is currently being treated at a hospital.

But protesters said this was not enough, decrying inaction by the Iraqi government over the two killings. They carried banners calling for the activists’ killers to be held accountable.

During Mr. Al Kadhimi’s meeting with security leaders in Basra on Saturday, he said: “Uncontrolled weapons and tribal feuds are unacceptable and there must be pre-emptive action. Violating the law and crime cannot be dealt with in passing.”

“The recent assassinations are considered a violation of the law and there is no place for the fearful bodies inside the security services. I will not accept any leader who fails his work and what happened in Basra should be a lesson,” he added.

Angry Iraqis set fire to the office of the Basra Parliament

On Friday, protesters set fire to the local parliament office in Basra. The protests came after security forces fired life armor. Protesters called for the ouster of the governor by the Iraqi parliament. The people of Nasiriyah attacked and set fire to the offices of pro-Iranian parties, including Badr and al-Dawa. There were fierce clashes between the protesters and the pro-Iranian militia in the southern cities of Iraq.

On August 20, the US Department of State Mrs. Morgan Ortagus about the assassinations in Iraq by the regime’s forces in a statement said: “We are outraged by the targeted assassinations of civil society activists and attacks on protesters in Basrah and Baghdad.  It is unconscionable that the perpetrators of these horrible acts continue to act with impunity. Since October of last year, peaceful demonstrators have taken to the streets to urge government reform.  They have been met with threats and brutal violence.  Many have been gunned down. We strongly support the right of Iraqis to assemble peacefully and express themselves. We urge the Government of Iraq to take immediate steps to hold accountable the militias, thugs, and criminal gangs attacking Iraqis exercising their right to peaceful protest.”

Al-Kadhimi was named Prime Minister of Iraq after several rounds of popular protests which led to the resignation of Adel Abdul Mahdi.

Although the Iraqi protesters did not support him, in practice they gave him a chance to determine his position in the Iraqi political arena. To show that is he toy in the hands of Iran’s mullahs like the previous prime ministers, Nuri al-Maliki and Adel Abdul-Mahdi? Or has he relied on the post of Prime Minister to serve the Iraqi people and protect the interests of Iraq?

During a three-day visit to Washington, Kadhimi was welcomed by President Donald Trump at an official ceremony at the White House on August 20. Main keys of the agreement can be read here: Joint Statement on the U.S.-Iraq Strategic Dialogue