Over 1000 Iranian Regime’s Soldiers Got Killed in Syria 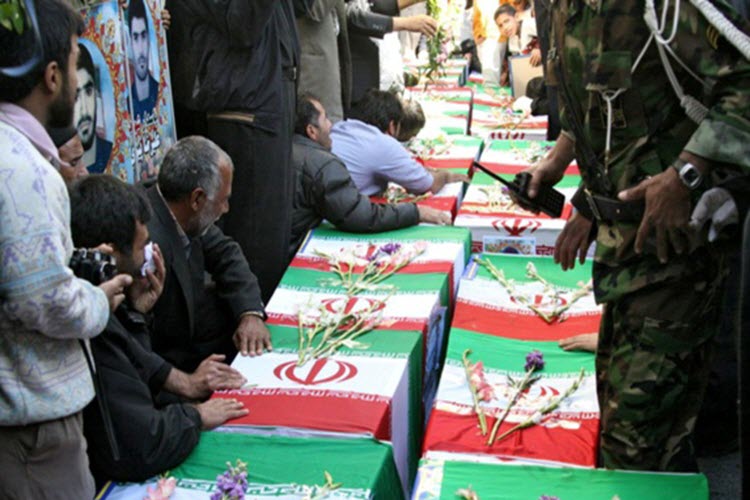 London, 23 Nov – Iranian have died fighting on the behalf of the brutal dictator Bashar al-Assad in Syria.

This number, confirmed by Mohammadali Shahidi Mahallati, head of Iran’s Foundation of Martyrs, notes a significant spike compared with four months ago when the number was 400.

Most of those fighting for Assad and the Iranian Regime are Iranian but a fair number are Afghani refugees and Pakistanis.

The Regime denies having Iranian soldiers in Syria. It states that the Iranian Revolutionary Guards Corps, a terrorist organisation which is firmly entrenched in the Iranian Regime, are acting as military advisors in Syria and Iraq.

The number of dead Iranians prove this to be false.

Most Iranians oppose their government’s interference in a civil war on behalf of an oppressive leadership but are being fed the lie that Assad’s Regime and the Iranian Regime are the only way to stop the spread of Islamic State (ISIS).

U.S. may look at Latin American ties with Iran

Journal Sentinel: Judging from what I'm told by senior...

Reuters: Iran appears to be deadlocked in talks with...