The Iranian Regime Breached the Ceasefire in Syria 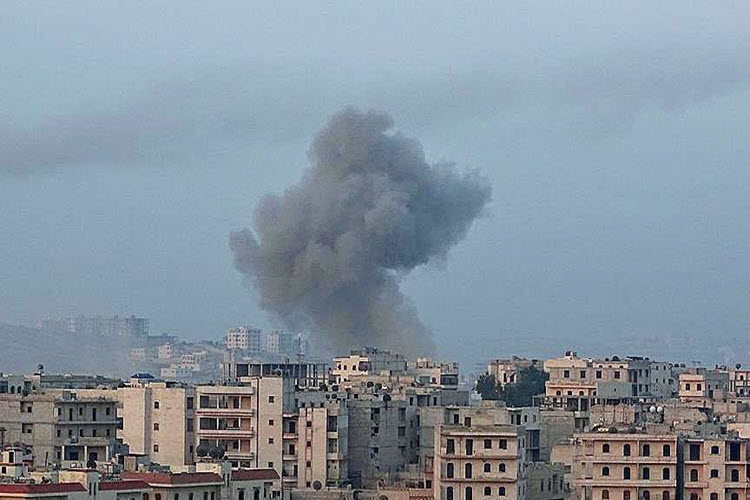 London, 2 Jan – last week, by launching violent attacks in Wadi Barada, northwest of Damascus, in an attempt to restart the fighting.

Why? Because the truce is harming Iranian interests in the middle east.

General Ahmad Rahal, a Syrian military analyst, made it clear in an interview on Aljazeera TV that the Iranian and Syrian Regimes felt as if the ceasefire treaty which was signed by Russia and the Free Syrian Army and mediated by Turkey, was imposed on the dictatorships.

He said: “The Iranian regime and Assad regime are the main losers of the agreement. Everyone knows that if a political solution is established, the first thing to do is to remove Assad and in a political resolution, if achieved, eviction of all militias from Syria will be a part of its provisions. Therefore, the Iranian regime surrendered to the pressure by Russia.”

He continued: “I don’t say the regime in Iran agrees with or accepts the agreement but understands very well that it cannot thwart Russia’s political and military efforts, and especially because we are also facing the Trump administration in the future, something that would make the Iranian regime busy. From now on, the Iranian regime is facing a powerful lever that includes not only Russia and Turkey but also the U.S.”

The Iranian Revolutionary Guards Corps (IRGC) has claimed that the areas they’re shelling are not included in the ceasefire.

This is actually untrue; Iran is attacking an area protected by the truce. However, when your best defence is obeying the letter of the law, if not the spirit, you already know that you’re in the wrong.

Nasr Hariri, a member of the Syrian opposition coalition stated in an interview with Al Arabiya that the Iranian Regime must remove its militias from Syria.

He said: “Russia doesn’t want to show itself as a partner in [the carnage and massacre of Syrian people] and wants to play the role of guardian and take a supervisory role. Russia wants to [portray the Iranian Regime and the Assad regime] as the parties responsible for the killings and crimes in Syria…This is a clear sign and a warning message to Iran regime that it must take some actions for implementation of the ceasefire and in the future, the regime must start removing its militias from Syria.”

Wadi Barada has been an important location for the IRGC and its allies for a long time now; many Iranian forces arrive here before being sent off around Syria. The National Council of Resistance of Iran (NCRI) revealed in April that the base was gifted to Iranian Forces by the Syrian dictator.

The purpose? To have additional forces protecting the Presidential Palace against the democratic Syrian Resistance.

The Iranian Resistance have reiterated that there will be no end to the Syrian Civil War, no peace in the middle east and no prospect of democracy in Iran without the removal of the Iranian mullahs.

Al-Arabiya: North Korea, Iran and Syria have been named...

Reuters: The British government has rebuked broadcaster Channel 4 for...