Iran-Russia Alliance May Be on the Ropes 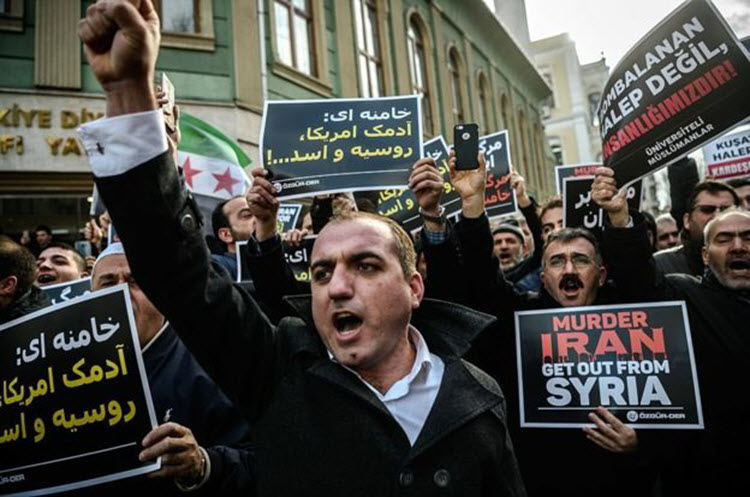 London, 1 Sep – Russian involvement in the Syrian Civil War in support of the Bashar Assad dictatorship has deeply impacted on their relations with Middle Eastern countries; meaning that they are further distanced from the countries fighting on behalf of the Syrian people and more closely linked with Iran.

The Iranian Regime has supported Russian military involvement and praised the Russian for their support of a fragile dictatorship which would have been overthrown by its own people long ago if not for outside intervention.

However, the oligarchy and the theocracy may be coming to an impasse; with some Iranian politicians resenting Russia’s involvement as it makes it harder for the Regime to claim all the credit for helping a dictator remain in power and lessens the extent to which Iran can exert control over its fellow Middle Eastern state.

Why the partnership may last

Despite these issues, the countries are unlikely to split as the issue has not yet been agreed upon by the only person in Iran with any power to change things, supreme leader Ali Khamenei, who agreed to Russian collaboration in November 2015.

Khozyainov wrote:“For Tehran, the Russian military participation in Syrian affairs granted Iranian authorities what they have been longing for throughout the past decade: a solid political and military foundation to build bilateral ties.”

Khozyainov wrote: “Also, the current situation makes cooperation a must. Tehran had a precedent in providing the Syrian regime with arms, funds, “volunteers” and militias when Russia was still trying to limit its role to diplomatic support to Assad. But by 2015, Iranian resources were exhausted, and it had become clear that they weren’t sufficient to salvage Assad. At that time, Iran was involved not only in the Syrian war but also the conflict in Iraq and Yemen.

Therefore, the government was compelled to distribute its limited human and material resources among these three states.”

Khozyainov wrote: “With the onset of the military Russian participation in Syria, Iran’s burden diminished following a radical change in the balance of power in favour of Damascus. In general, Moscow and Tehran have an interest in salvaging the Syrian regime but each side has different excuses to justify that. Russia’s main motive behind supporting Assad is the security concerns, confrontation with the West and Putin’s plans to reintroduce Russia as an influential world power. As for Tehran, its strategy towards Syria is part of a bigger scheme put by Khamenei and his team to ensure Iran’s regional dominance.”

Why the partnership may fail

Khozyainov wrote: “This marriage of convenience prevents ties from developing to a strategic coalition. To achieve the basic goal – rescue Syrian regime – they agreed to neglect differences on minor issues. This means that discussing topics such as the future of Assad and Iranian plans to continue to use Syrian territory to provide support to “Hezbollah” in Lebanon are only delayed.”

Khozyainov wrote: “Moscow is keen that its cooperation with Syria doesn’t undermine efforts to develop ties with regional forces. Therefore, through its alliance with Tehran, Moscow is harming its secret partner in the Middle East – Israel, which has supported Moscow in the annexation of Crimea, western sanctions and existence of Russian air force in Syria.”

Although it is impossible to predict what will happen next, it may be the end of the road for the Russian-Iranian alliance.

US, Israel made Flame virus to thwart Iran: report

AFP: The United States and Israel collaborated to create...