The United States Works on Strategy to Remove Iran From Syria 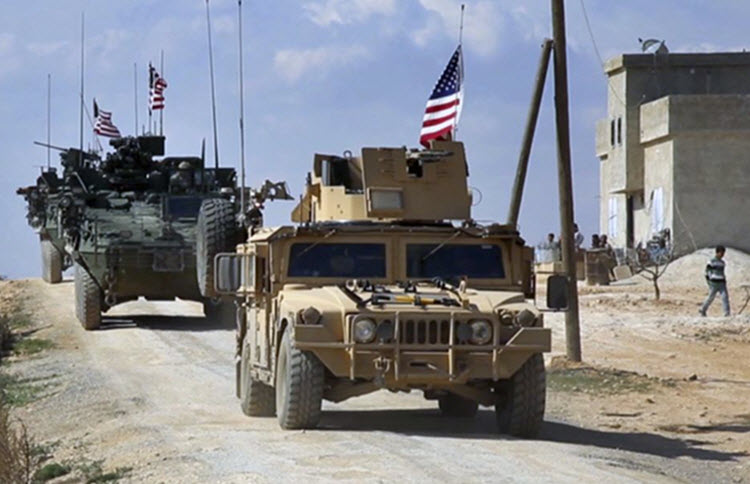 London, 18 Oct – Iran’s interference in the civil war in Syria has been bloody. It has propped up Bashar al Assad and it has prolonged the war that would have ended years ago had it not got involved.

The United States has been urging Iran, including its numerous proxies and militias, to leave Syria. And it is true that Iran is standing in the way of Syria from being able to properly start the process of reconstruction.

It is thought that the Trump administration is actively working towards pushing Iran and its proxies out of Syria. Several people with insider information told NBC News that a new strategy revolving around diplomatic and political moves would be put into place with the employment of economic pressure that would leave Iran with no choice.

The United States, although it is able to strike Iranian forces for self-defence, cannot target Iranian personnel or any of its proxies as per the “Authorization for Use of Military Force (AUMF)” that was passed by Congress in 2001. The U.S. can use military force against the Islamic State group (ISIS) but not against Iran.

Possible tactics that U.S. could employ include sanctioning Iranian companies that are participating in reconstruction projects in Syria. It could also refuse or deny reconstruction aid in areas where Iran is present.

The Trump administration has identified the opportunity to act so that Iran can be pushed out of Syria. Previous administrations, most notably the Obama administration, missed numerous huge opportunities to curb Iran’s influence across the region. President Trump is determined not to repeat the mistakes of his predecessors.

Iran became involved in the Syrian civil war at the initial stages in 2011. The President of Iran at that time, Mahmoud Ahmadinejad, had called on the Islamic Revolutionary Guard Corps (IRGC) to send officers to Syria to fight alongside those supporting President Assad.

President Trump has spoken extensively about Iran’s malign activities and it is clear that countering Iran is one of his priorities when it comes to foreign policy. He was ready to pull U.S. troops out of Syria until it was clear that this move would be detrimental to his current efforts to put an end to the Iranian regime’s belligerence. It was not just members of his own administration and top military officers that convinced him leaving Syria would be a bad idea, it was also allies in the Middle East.

Although it has not been confirmed, it is believed that President Trump and Russian President Vladimir Trump had spoken about removing Iran from Syria during their meeting in Helsinki.

Israel too wants Iran’s presence in Syria to end. Prime Minister Benyamin Netanyahou has discussed the issue on a number of occasions with the Russian President and Israel officials have said that Iran’s military entrenchment in Syria will not be tolerated.

If Iran does not leave Syria soon, it could prevent the people of Syria from getting the aid and reconstruction that is very much needed after years of bloody conflict.