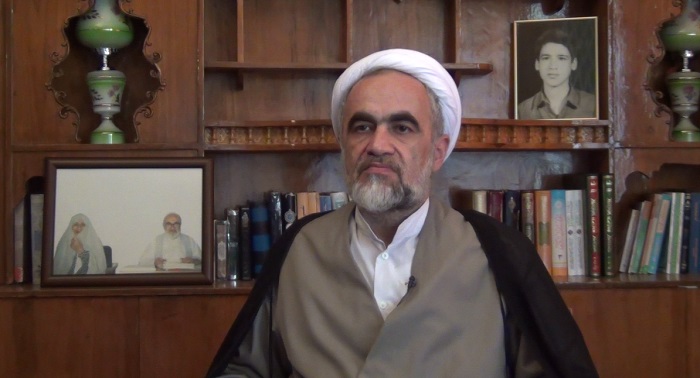 London, 24 October – The son of former leading regime member has been tried in the Special Clerical Court (SCC) on national security charges and not allowed a defence lawyer.

Ahmad Montazeri, the son of Ayatollah Hossein-Ali Montazeri (former Deputy Supreme Leader), was tried last Wednesday for publishing an audio file earlier this year which revealed that the Iranian Regime was responsible for the 1988 Iranian massacre which claimed 30,000 lives.

Montazeri ‘s family announced the news via their Telegram channel and stated that Ahmad denied the charges but has agreed not to publish the content of the meeting until the court has made it decision.

On the tape, Ayatollah Montazeri calls the massacre “the greatest crime committed during the reign of the Islamic Republic” as he addresses the death commission.
The Regime ordered him to remove the file immediately but the news spread around the world. Most regime members defended the massacre but some, like Ali Motahari, demanded an apology from the perpetrators of the crime.

Most of the victims were supporters of The People’s Mojahedin Organization of Iran (PMOI or MEK).

Since the tape’s release the Iranian Resistance, human rights activists, politicians and Iranians throughout the world have called on the UN Human Rights Council and the International Criminal Court to investigate and prosecute the Iranian Regime for crimes against humanity.

The SCC is a strange institution as it does not appear in the Iranian constitution but has been handling cases like this for 30 years; it is only accountable to the Supreme Leader.

Whilst, National Security charges are used against anyone who threatens the Iranian Regime in any way; many have been leveled against dual citizens from Europe and North America who are currently held hostage in Iran.