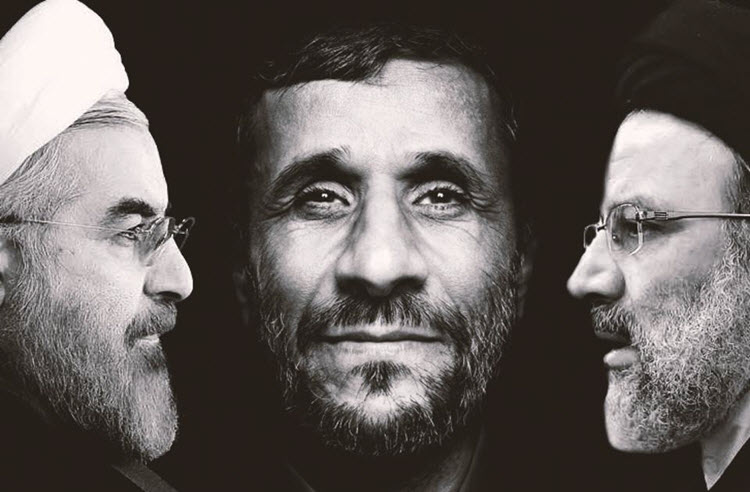 London, 14 Apr – Former president of Iran from 2005 to 2013, Mahmoud Ahmadinejad, has just entered the country’s presidential election and it has caused somewhat of a stir. In fact, the race has turned into a crisis.

The election process in Iran has been rocky for decades. Democracy is a distant memory for many Iranians. The last time there was true democracy was when Dr. Mohammad Mosaddeq was Prime Minister. During his short time in this position, from 1951 to 1953, he was regarded as a champion of secular democracy and resisted foreign domination. In 1953 he was ousted from power following a coup d’état that was backed by the government of the United Kingdom and the United States.

In 1979 the revolution was hijacked by Ruhollah Khomeini which turned the country into a theocracy that would have no time for any democratic norms. From then onwards, Khomeini used the elections to his advantage to deceive the people of Iran.

The next election was even worse. An “assembly of experts” was called for so that the velayat-e faqih principle could take shape. This was Khomeini’s vision of how to exert absolute rule over the Iranian people.

In 1980 the first presidential election was held. The leader of the Iranian opposition – Massoud Rajavi – ran alongside the other candidates. However, he was soon disqualified from the race because of his huge popular support. Khomeini justified the disqualification by saying he had voted “no” in the Islamic Republic vote.

And so it continued. Anyone that did not think like Khomeini was disqualified and choice was taken away from the people.

Then along came the second Supreme Leader of Iran – Ali Khamenei. He continued in the same manner and “cleaned out” the regime’s establishment. He was president of the country before becoming the Supreme Leader.

The first president since the revolution deemed “moderate” by the West was Ali Akbar Hashemi Rafsanjani. This “moderate” leader ordered the killings of huge numbers of dissidents at home and abroad.

Next was Mohammad Khatami who worked with Khamenei to gain concessions after deceiving the West. He advanced the country’s nuclear and ballistic program and during the 1999 student uprising he ordered a vicious crackdown.

In 2005, Ahmadinejad became president. He ramped up Iran’s meddling in the internal affairs of other countries and pushed the nuclear programme even further forward. At the time, the US was in the middle of two wars in Iraq and Afghanistan, and Ahmadinejad used this chaos to send the whole region into a state of misery and bloodshed.

In 2009, uprisings spouted up all over the country when Ahmadinejad was selected for a second term. The regime’s establishment was rocked by this too. Because of the nationwide protests, Khamenei started a horrifying crackdown campaign. It was at this time that the Obama administration went to any length to appease Iran.

Eventually, knowing that international sanctions would cripple the regime, he took President Obama up on his requests for a nuclear deal. Selecting the “moderate” Hassan Rouhani as president would work to Iran’s favour in the negotiations.

This “moderate” president has overseen almost 3,000 executions and has increased meddling the whole way across the region, including some very intensive involvement in Syria, Yemen and Iraq.

So the word “election” means something different to us in the West. The past Presidents in Iran have been used as a means for the Supreme Leader to continue the fundamental policies of the regime. None of these elections have done anything to help the people of Iran. And it is more than likely that the next one won’t either.