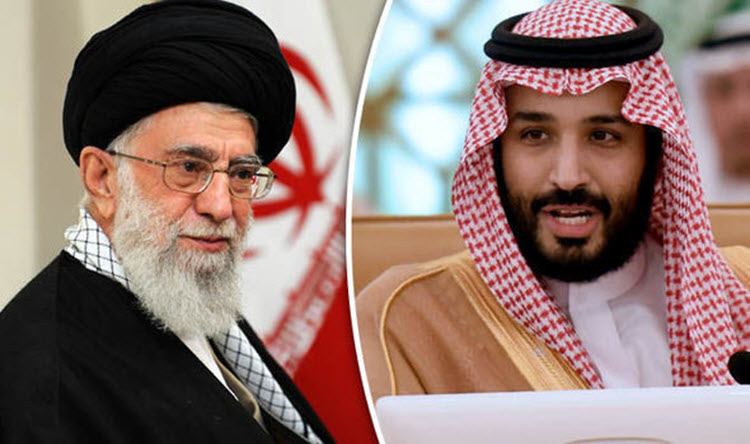 London, 1 Dec – Saudi Crown Prince Mohammed bin Salman recently compared Iranian Supreme Leader Ali Khamenei to Hitler, but far too many people are painting this comment are evidence of an escalating conflict between the two Middle Eastern countries, rather than as an accurate assessment of Khamenei and the Iranian Regime.

Let’s break it down.

The Iranian Regime, much like Nazi Germany, is hostile to both its neighbouring countries and the West. It is set on creating a superstate through its network of terrorist proxies- as the Nazis did to Eastern Europe before the Allied Forces united against them.

Today, Khamenei sends the Islamic Revolutionary Guard Corps (IRGC) to countries like Iraq and Syria by claiming that they are important to Iranian national security and even they are practically Iranian provinces (although Syria shares no border with Iran). Then, he and his fellow mullahs brag about the fact that the whole of the Middle East will soon be under their control, as they strive for the creation of a Shiite Crescent from the Persian Gulf to the Mediterranean.

They use their terrorist proxies- whether Shiite or Sunni- to create havoc across the Middle East and destabilise the region so that they can then swoop in and take power during a vacuum. In just the past decade, the Regime has backed or been heavily linked to Hezbollah, the Houthis, Al-Qaeda, Hamas, ISIS, and the Muslim Brotherhood, which have all started internal power struggles or outright wars in the regions.

The truth is that the Iranian Regime is led by fascists who seized power in 1979. If left to their own devices they will only do what other fascists throughout history have done; expand their control over other countries, repress the people living under them, and pose a threat to global security.

Abdulrahman Al-Rashed, the former general manager of Al Arabiya news channel, wrote an op-ed for Arab News in which he declared that the problems that Iran has caused its neighbours could be fixed but the Regime will not work towards a compromise.

He wrote: “Tehran is not looking for solutions because it has built a state based on a partisan military expansionary project that is very similar to Daesh, a colonialist state that demands obedience from others. That was Hitler’s dream. Khamenei’s project is like fascist Germany’s, with disdain for people’s lives, be it their own citizens or those from other nations.”

The Iranian Regime is not willing to change, so for the sake of global security and the freedom of the good people of Iran, regime change is the only option.

AP: Moscow has warned Iran that it will not...

Ahmadinejad vows to cut off hands of Iran attackers