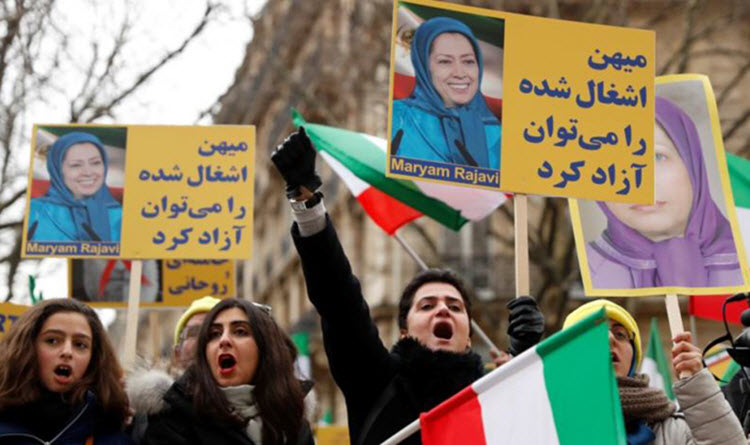 London, 30 Jan – It is no secret that since it stole power in 1979, the Iranian Regime continually attempts to discredit the People’s Mojahedin Organization of Iran (PMOI/MEK) both domestically and globally.

There are numerous accounts, by both the MEK and various Western institutions, of Iran’s so-called Intelligence Ministry (MOIS) targeting the MEK’s reputation in a “long-running and sophisticated information campaign”, “coordinated and financed by the Iranian intelligence services” to discredit the MEK.

The Iranian Regime is scared of the MEK’s popularity in Iran and uses the MOIS to discredit the MEK among the Iranian people. As the mullahs control/censor most the media in Iran, it’s pretty easy for them to spread disinformation about the MEK, but luckily the Iranian people know the truth.

The Iranian Regime is scared that the MEK has significant support outside of Iran, as they know that the more foreign governments who support the MEK and not the Regime, the more likely it is that the MEK will soon overthrow the Regime.

Here are just a few of the governments and/or national intelligence agencies who share the assessment that the MOIS is attempting to undermine the MEK:

• The General Intelligence and Security Service (GISS) of the Netherlands

• Germany’s Federal Office for the Protection of the Constitution (BFV)

How does the MOIS attempt to discredit the MEK?

Disinformation Outlets are websites, publications, exhibits, letters, and “news” stories generated by the Regime that are designed to disseminate false and malicious information about the MEK. They are extreme in their views, one-sided in their arguments, and they lie constantly about the MEK.

The websites are in English, Farsi, Arabic, German, and French (in order to attempt to discredit the MEK on a global level), and some are even associated with “cultural associations”, so that you don’t recognise that these attacks are coming from the MOIS. Beware if you get any of the news from the attack websites; it’s basically fake news.

The MOIS will distribute other media (books, pamphlets, newspapers, “documentaries”) to NGOs, government officials, and the media around the world in order to convince the international community to side with the Regime over the MEK.

Disinformation Agents are mostly MOIS agents that infiltrated the MEK and later left or former/current MEK members who were recruited into the MOIS. They will give false information about the MEK in interviews or meetings with government officials, NGOs, and journalists.

A current list of disinformation agents includes, but is not limited to:

By Pooya Stone On April 17, many Iranians were...