Reaching out to the Ayatollahs: Jack Straw’s Iran legacy

Iran Focus – Op-Ed by Jubin Katiraie: Former British Foreign Secretary Jack Straw announced last Friday that he was stepping down from frontline politics after 30 years, according to AFP, which quoted him as saying, “Now I want the freedom to range more widely over foreign and economic policy”. 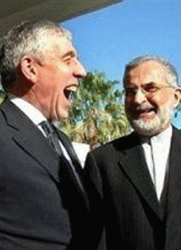 Former British Foreign Secretary Jack Straw announced last Friday that he was stepping down from frontline politics after 30 years, according to AFP, which quoted him as saying, “Now I want the freedom to range more widely over foreign and economic policy”.

Mr. Straw served as Home Secretary from 1997 to 2001 and then as Foreign Secretary until 2006. He later became Leader of the House of Commons and Justice Secretary.

As Foreign Secretary, “he played a central role in the decision to commit British troops to the US-led invasion of Iraq”, which he later described as a “profoundly difficult political and moral dilemma”, according to the BBC.

But, the veteran British politician came under harsh criticism for other morally questionable and perhaps distasteful decisions. Both as Home Secretary and Foreign Secretary, he was perhaps the staunchest advocate in the Labour government for making concessions to Iran in order to befriend the clerical rulers.

Even immediately after the 11 September 2001 terrorist attacks against the United States, he began an ambitious political campaign to transform a rogue theocracy condemned as the most active state sponsor of terrorism into a western ally, inviting harsh criticisms both at home and abroad, especially among Iranian pro-democracy forces.

According to Britain’s Daily Telegraph, he visited Iran five times between 2001 and 2003, so often in a short time span that Iranian dissidents mocked him as “Ayatollah Straw”.

His attempts to placate Iran’s rulers also provoked outrage in the British media. One typical commentary published in the Telegraph said, “The Foreign Secretary goes to Teheran the way other Labour grandees go to Tuscany. He’s got a Rolodex full of A-list imams. When in the Islamic Republic, he does that “peace and blessings be upon his name” parenthesis whenever he mentions the Prophet Mohammed”.

The commentary went on to ask sardonically, “And where did all the ayatollah outreach get him?”

Describing relations with Iran as “complicated”, Straw nonetheless declared, “I’m in no doubt that our policy of engagement with the Government of Iran… is the best approach”.

That “policy of engagement”, or “appeasement” as critics call it, went as far as outlawing the main Iranian dissident group in Britain as a way to curry favour with Iran’s rulers. In 2001, before embarking on a round of trips to Iran as the first and only British Foreign Secretary to do so since the 1979 revolution in Iran, Mr. Straw listed the main opposition People’s Mojahedin (PMOI/MEK) as a terrorist group in the UK.

In an interview with BBC Radio 4 on 1 February 2006, Straw confessed that the decision to ban the PMOI in Britain was taken at the behest of Iran, saying, “The very first meeting I ever had with an Iranian Foreign Minister Colonel [Kamal] Kharazi, now over four years ago, I expressed very serious concern about Iran’s continued support for these terrorist organisations at the same time as they were demanding actually successfully of me when I was the Home Secretary that we should ban a terrorist organisation MEK that was working against Iran.”

The group and its supporters in the UK, including dozens of British lawmakers, successfully challenged Mr. Straw’s open concession to Tehran in British courts, claiming that the group was not involved in terrorism but a victim of a quid-pro-quo with the Iranian regime. 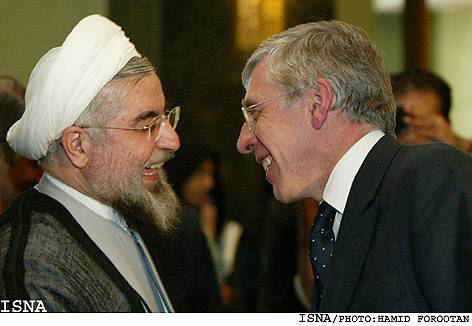 In 2007, the Proscribed Organisations Appeal Commission (POAC) said Mr. Straw’s decision to ban the PMOI was “perverse”, handing down perhaps the harshest-ever rebuke of a minister in the UK.

In 2008, the highest judicial authority in the UK, the Lord Chief Justice Phillips of the Court of Appeal, reaffirmed the POAC ruling and questioned the motivations behind the PMOI’s proscription by the Home Office.

The court said even the confidential material had “reinforced” its view that the PMOI is not involved in terrorism. In another harsh criticism of Straw’s decision, the court said, “It is a matter for comment and for regret that the decision-making process in this case has signally fallen short of the standards which our public law sets and which those affected by public decisions have come to expect”.

As a result of the court rulings, the PMOI was scratched off from the UK list of proscribed organisations in June 2008.

Mr. Straw was also seen as responsible for pushing for the listing of the organisation at the European Union in 2002 when he was Foreign Secretary. That decision was also seen as unjustifiable and unlawful by European courts, and in January 2009, the European Council of Ministers was forced to lift the ban on the PMOI.

Nonetheless, Mr. Straw’s keenness to buy the Iranian regime’s affection did not seem to falter with the embarrassing fiasco that followed his decision to ban the resistance group.

As recently as February 2009, amidst growing international denunciations of the deteriorating human rights situation in Iran, Straw attempted to defend the Iranian theocracy by claiming that the differences between Iranian and British constitutional arrangements were “not of substance, but of degree”, according to the Guardian.