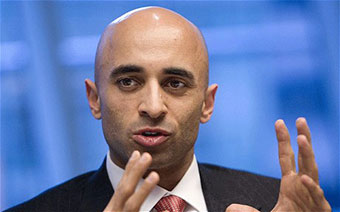 London, 5 Apr – The ambassador of the United Arab Emirates to the United States has written an op-ed in The Wall Street Journal warning of the “terrorist” dangers still posed by Iran. The following is the full text of his article:

One Year After the Iran Nuclear Deal
Don’t be fooled. The Iran we have long known—hostile, expansionist, violent—is alive and well.

Saturday marked one year since the framework agreement for the Joint Comprehensive Plan of Action—the nuclear deal with Iran—was announced. At the time, President Obama said this agreement would make “the world safer.” And perhaps it has, but only in the short term and only when it comes to Iran’s nuclear-weapons proliferation.

Sadly, behind all the talk of change, the Iran we have long known—hostile, expansionist, violent—is alive and well, and as dangerous as ever. We wish it were otherwise. In the United Arab Emirates, we are seeking ways to coexist with Iran. Perhaps no country has more to gain from normalized relations with Tehran. Reducing tensions across the less than 100-mile-wide Arabian Gulf could help restore full trade ties, energy cooperation and cultural exchanges, and start a process to resolve a 45-year territorial dispute.

Since the nuclear deal, however, Iran has only doubled down on its posturing and provocations. In October, November and again in early March, Iran conducted ballistic-missile tests in violation of United Nations Security Council resolutions.

In December, Iran fired rockets dangerously close to a U.S. aircraft carrier in the Strait of Hormuz, just weeks before it detained a group of American sailors. In February, Iranian Defense Minister Hossein Dehghan visited Moscow for talks to purchase more than $8 billion in Russian fighter jets, planes and helicopters.

In Yemen, where peace talks now hold some real promise, Iran’s disruptive interference only grows worse. Last week, the French navy seized a large cache of weapons on its way from Iran to support the Houthis in their rebellion against the U.N.-backed legitimate Yemeni government. In late February, the Australian navy intercepted a ship off the coast of Oman with thousands of AK-47s and rocket-propelled grenades. And last month, a senior Iranian military official said Tehran was ready to send military “advisers” to assist the Houthis.

The interference doesn’t stop there. Since the beginning of the year, Tehran and its proxies have increased their efforts to provide armor-piercing explosive devices to Shiite cells in Bahrain and Saudi Arabia. A former Iranian general and close adviser to Supreme Leader Ayatollah Ali Khamenei called for Iran to annex all of Bahrain. And in Syria, Iran continues to deploy Hezbollah militias and its own Iranian Revolutionary Guard to prop up Syria’s Bashar Assad.

These are all clear reminders that Iran remains the world’s leading state sponsor of terrorism—a persistent threat not only to the region but to the U.S. as well. “Death to America” has always been more than an ugly catchphrase; it has been Iranian policy. Iran has orchestrated countless terrorist attacks against Americans: from the Marine barracks in Beirut to Khobar Towers in Saudi Arabia. During the Afghanistan war, Iran paid Taliban fighters $1,000 for each American they killed.

In Iraq, Iran supplied the improvised explosive devices (IEDs) that killed or maimed thousands of U.S. soldiers. And in recent weeks seven Iranian hackers were indicted in a U.S. federal court for a cyberattack against U.S. banks and critical infrastructure.

As Henry Kissinger once said, Iran can be either a country or a cause. Today “Iran the cause” is showing little of the same kind of pragmatism and moderation in its regional policies and behavior as it did in the nuclear talks. Last week, Mr. Khamenei insisted ballistic missiles were key to the Islamic Republic’s future. “Those who say the future is in negotiations, not in missiles, are either ignorant or traitors,” he said.

It is now clear that one year since the framework for the deal was agreed upon, Iran sees it as an opportunity to increase hostilities in the region. But instead of accepting this as an unfortunate reality, the international community must intensify its actions to check Iran’s strategic ambitions.

It is time to shine a bright light on Iran’s hostile acts across the region. At the Gulf Cooperation Council summit in Riyadh later this month, the U.S., the U.A.E., Saudi Arabia, Qatar, Kuwait, Bahrain and Oman should reach an agreement on a common mechanism to monitor, expose and curb Iran’s aggression. This should include specific measures to block its support for the Houthi rebels in Yemen, Hezbollah units in Syria and Lebanon, and Iranian-linked terrorist cells in Saudi Arabia and Bahrain.

If the carrots of engagement aren’t working, we must not be afraid to bring back the sticks. Recent half measures against Iran’s violations of the ballistic-missile ban are not enough. If the aggression continues, the U.S. and the global community should make clear that Iran will face the full range of sanctions and other steps still available under U.N. resolutions and in the nuclear deal itself.

Iran’s destabilizing behavior in the region must stop. Until it does, our hope for a new Iran should not cloud the reality that the old Iran is very much still with us—as dangerous and as disruptive as ever.

Mr. Otaiba is the ambassador of the United Arab Emirates to the U.S.

UN Atomic Experts Back in Iran to Test Bomb Claims

Clinton, Qaboos to work for release of hikers in Iran: US