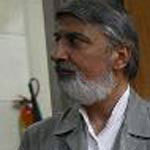 Iran Focus: Tehran, Aug. 28 – From the Grapevine… Members of the Motalefeh Party, close to former President Ali Akbar Hashemi Rafsanjani, have criticised the appointment of special envoys by the government of hard-line President Mahmoud Ahmadinejad. 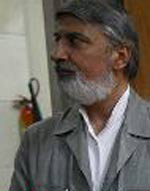 Members of the Motalefeh Party, close to former President Ali Akbar Hashemi Rafsanjani, have criticised the appointment of special envoys by the government of hard-line President Mahmoud Ahmadinejad.

The Bazaar-based Motalefeh argues that Iran’s special envoys to Afghanistan, Asia, the Caspian Sea and the Middle East should be appointed from within the Foreign Ministry.

Ahmadinejad on Sunday appointed his controversial Chief of Staff, Esfandiar Rahim-Mashaie, as Special Envoy to the Middle East, triggering a backlash from some members of the hard-line establishment. Rahim-Mashaie, whose daughter is married to Ahmadinejad’s son, has been accused of swaying from the Islamic Republic’s core principles in his public remarks.

Motalefeh foreign policy chief Hamid-Reza Taraqi told the state-run Mehr news agency on Friday that he was unhappy that influential decision-making roles were going to Presidential envoys, adding that the Presidency has never had such an organisational chart. The hard-line MP said Foreign Ministry staff would have more expertise in their field of work than individuals appointed by the President.

Motalefeh is short for Jam’iyat Motalefeh Islami, or Unified Islamic Association. It came into existence in the 1960s as a clandestine radical Islamic extremist group supporting Ayatollah Ruhollah Khomeini. Its members assassinated the Shah’s Prime Minister Hassan-Ali Mansour and several other political figures. Its leaders, who hailed from Tehran’s Bazaar, became multi-billionaire entrepreneurs after the 1979 Islamic revolution.

AP: U.S. sanctions against Iran have caused damage to...

Police presence beefed up in Tehran to counter protests

In Brief: Opposition to crackdown in Iran