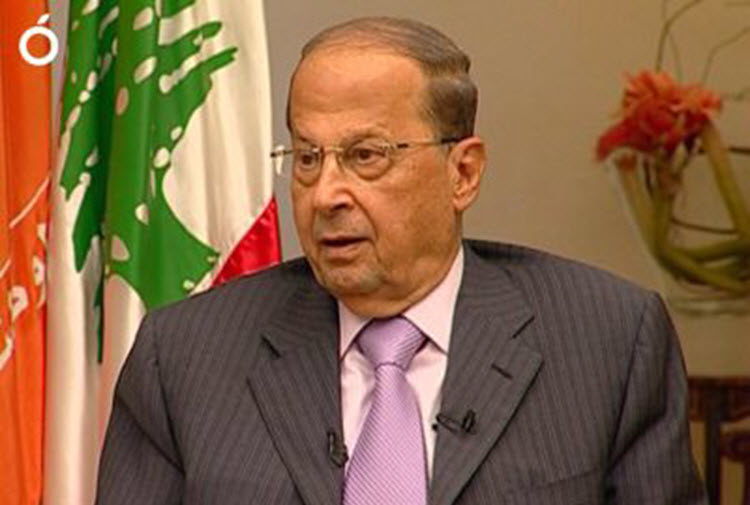 London, 2 November – Benny Avni said in an article on the New York Post that Lebanon’s recent selection of Michel Aoun as president seals Iran’s dominance over Lebanon – the latest outcome of President Obama’s attempt to reorder the Middle East and Russia’s reassertion of power through an alliance with the Iranian regime.

Gen. Aoun was once a fierce enemy of Syria, explained Avni, to the extent that he has to leave the country in fear of assassination. But he came back in 2005, “this time as Damascus’ bestie”. He switched allegiances to Iran and is now president, much to the delight of Assad.

Avni said: “He owes much of his survival to Iran, which finances his bloody bid to hold onto power, and Hezbollah, whose Lebanese Shiite troops serve as Assad’s most effective foot soldiers and cannon fodder.”

“Hassan Nasrallah, the Hezbollah chief, meanwhile is beaming like a groom on his wedding day. Some Lebanese, including Nasrallah’s own Shiite supporters, have questioned his decision to go all in for Assad in Syria, but he wasn’t swayed. Now Lebanon is his for the foreseeable future.”

Tony Badran, a Lebanon watcher at the Foundation for Defense of Democracies, said that Hezbollah may have had a say over the selection of president, but this time with Aoun, it is the first time that Hezbollah chose directly.

Iran’s president, Hassan Rouhani, called to congratulate Aoun. He was told that Lebanon would “stand against any threat from terrorist groups or the Zionist Regime”.

Avni said: “Aoun is far from Nasrallah’s only power lever. Hezbollah is the most powerful faction in Parliament, where a Shiite is guaranteed the speaker’s role (long held by Nabih Berry). It has much sway over the Lebanese Armed Forces, the country’s legitimate army. And now, with a hand-picked president who’s also a former general with strong ties to the military, the Iran-backed terrorist powerhouse all but controls that national army.”

So now Lebanon will select its national cabinet. It is said that Sunni politician Saad Hariri made a deal to support Aoun in return for becoming prime minister. Nonetheless Hariri will be controlled in office by Hezbollah, which will continue to steer the cabinet.

Avni asks: “Should we care? Remember, Hezbollah remains one of the world’s most dangerous anti-American terror organizations. It fights on behalf of Iran in Syria and Yemen, and continues to justify its existence by calling to ‘liberate’ lands controlled by Israel — which it threatens with 150,000 rockets, including sophisticated long-range guided missiles.”

He advised that the next American president reverses Hezbollah’s fortunes and must end the dangerous “tilt toward the mullahs”.

AFP: Iran's President Hassan Rouhani is not "optimistic" about...