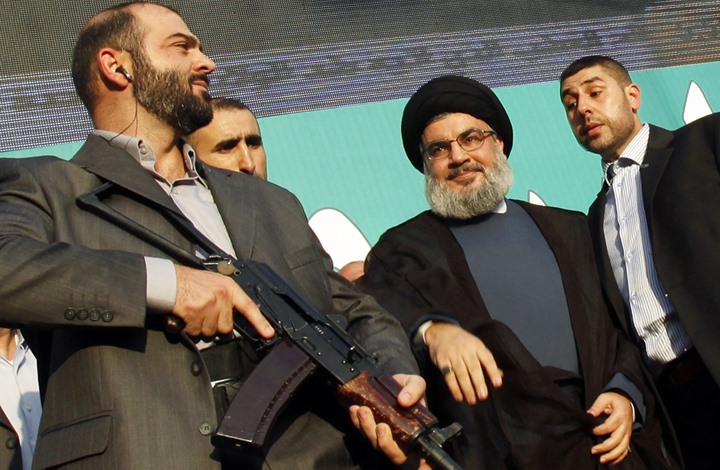 London, 4 Mar – As a consequence of terrorism, thousands upon thousands of innocent Muslims now living in the United States after escaping from horrific war scenes at home are being stigmatised.

Hezbollah is a terrorist group that is continually growing in size and strength. Hezbollah is entering Mexico from the US through underground tunnels much like it happened in Lebanon where weapons such as rockets were smuggled across from Syria.

During the past few years there has been an increase in the number of imprisoned drug dealers who are tattooed with Hezbollah symbols and it has led to an increase in the number of prisoners being radicalised. Appeals were made to the public in the United States to report any people who were seen with such tattoos in a drive to keep tabs on terrorists who are already in the US.

Iran has found common ground with leaders in certain Latin American countries that share a hatred for the US. This has allowed Iran to greatly advance in its radical plans.

The Iranian regime’s Mexican ambassador, Mohammad Hassan Ghadiri, a supporter of Khomeini’s ideology, spent a lot of time scouring areas in Mexico where he could convert poor, young and easily impressionable Mexicans to support this version of Shiite Islam. He persuaded them to travel to Iran to partake in “religious study”.

As easy as this happened in Mexico it could happen in the US. Ghadiri urged his recruits to hack the US defence installation servers and he stated that he aims to annihilate Israel’s “Zionist” regime. This shows that he was influenced by the Iranian regime which has the same goals.

Hezbollah has been heavily involved in Mexico for several decades now, and also has a significant presence in the United States. So why has it not carried out a terrorist attack in the US? Analysts believe that it is because Hezbollah is prioritising the gain of more influence south of the border. Hezbollah is also profiting from large amounts of money it is making through its drug network.

Another reason is that the Iran nuclear deal. The Iranian regime has so far adhered to the curbing of its nuclear activities as agreed in the deal, while at the same time taking the opportunity to reinforce its military power by engaging in wars abroad to expand its influence in the region. If the Iranian regime continues to curb its nuclear activities, it will continue to receive large sums of cash. An attack of the US would put an end to the funds.

Hezbollah has been backed, financed, supported and led by Iran and is spreading throughout the Middle East and further afield. Putting a stop to Iran – by designating it as a terrorist organisation and by piling on more sanctions will cripple groups like Hezbollah and bring an end to decades of spreading terrorism.

Resistance Continues Inside Iran and Abroad

By Hamid Yazdan Panah The dissident movement within Iran...

The Times - Leading Article: Iran is exploiting the...