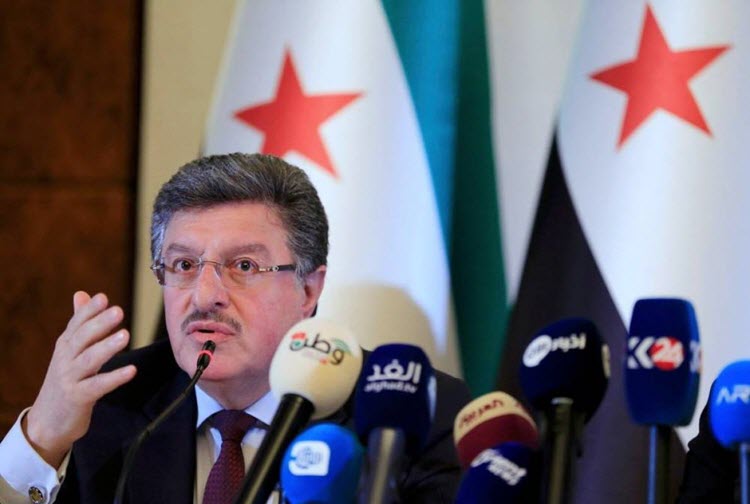 London, 4 Mar – The chief negotiator of the Syrian opposition, Salem al-Meslet, condemned the Iranian regime for its meddling in Syria and the repression of its own people at home. He said: “The Iranian and Syrian people have suffered from the Iranian regime’s crimes and terrorism, and this regime is using the Iranian’s people’s wealth for its terrorist plots.”

He said that the aim is to end the Syrian and Iranian dictatorships and to spare more lives from being lost to the terrorist plots of the mullahs in Iran.

He said: “The Assad regime wants no solution in Syria and only seeks a military road map. But we came to Syria and we are seriously seeking a political transition, which guarantees an end to the Syrian people’s sufferings … however, the Assad regime always resorts to bogus pretexts, which no longer deceives anyone.”

The biggest problem in Syria is Iran and its control. Iran is behind the terrorism in Syria more than the Syrian dictatorship.

Al-Meslet also stated that Damascus and Tehran are not seeking real solutions to the problems. “In the Astana talks Iran claimed it is a guarantor; however, and when they were discussing issues, they and their militias, alongside Assad’s militias, were committing the most horrific crimes against the Syrian people in a number of areas.”

He said that he wants to see these crimes end so that the innocent people in the region can live peacefully without the threat of terrorism. Again he emphasised that Iran is behind the terrorist actions.

U.S. and Britain to add ships to Persian Gulf in signal to Iran

New York Times: The United States and Britain will...