Iran: a Short History of the Mek 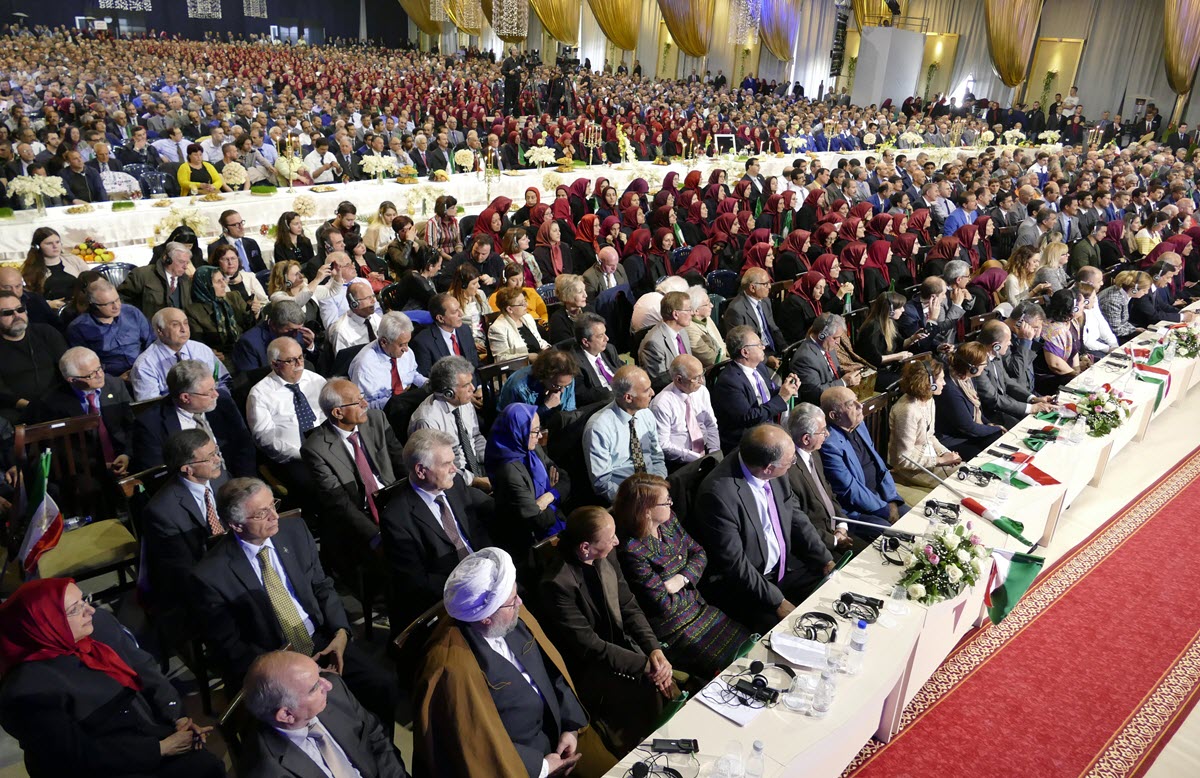 The People’s Mojahedin Organization of Iran or Mojahedin-e Khalq (PMOI/MEK) is a political group dedicated to the realisation of a free and democratic Iran, but how did it start?

On September 6, 1965, the MEK was founded by three engineers Mohammad Hanifnejad, Said Mohsen, and Ali-Ashgar Badizadgan.

They had previously been involved with the Freedom/Liberation Movement, created by Medhi Bazargan in May 1961, which advocated for the democratic principles that were laid out in the Iranian constitution following the 1905 resolution. The group had been allowed to peacefully assemble and advocate for political freedom and the separation of powers for two years.

However, in 1963, Ruhollah Khomeini gave a public speech criticising the monarchy and was arrested. In response, large free speech and anti-monarchy protests broke out across Iran, which the Freedom Party supported.

These protests were violently put down by the Shah’s police, with thousands of people dying in what would become known as the June Uprising. Following the protests, the Shah outlawed pro-democracy groups, like the Freedom Party, and imprisoned their leaders. Bazargan was sentenced to ten years in prison.

The MEK founders knew that the fight for democracy in Iran was not over, but also knew that they had to find a different path as repeating the actions of the Freedom Movement was sure to fail.

As a result, they brought together 20 trusted friends, mostly professionals living in Tehran, to discuss religion, history, philosophy, and revolutionary theory, twice a week. On September 20, 1965, a mere two weeks after its founding, the MEK held its first meeting.

It took six years for the MEK to formulate its political platform and develop a plan to replace the Shah with a democratic government.

The MEK’s political foundation is based off their interpretation of Islam as a democratic, peaceful, and tolerant religion, which is fully compatible with modern society, is the genuine message of Islam- the complete opposite of the bastardised version of Islam spread by the mullahs- which is why the organisation is so beloved among many Iranian people.

Such widespread support among the masses means that those in control of Iran see the MEK as a great threat to their continued rule and, as such, have tried every trick in the book to eliminate the MEK, from propaganda attacks that distort global media coverage of the MEK to outright mass-murder.

Over the years, both the Mullahs’ Regime and remnants of the Shah have tried to discredit the MEK to the international community and for the longest time many governments, particularly in the West, appeased the dictators rather than seeking the truth. Thankfully, this is now starting to shift.

One thing that is not shifting is the horrific and brutal repression of the MEK by those in charge. The Shah’s secret police executed all but one of the MEK’s leaders and the mullahs have murdered over 120,000 MEK members and supporters, particularly in the 1988 massacre, which cost 30,000 political prisoners their lives.

Despite the despicable way that the MEK has been treated by the ruling elites in Iran, they remain a strong and cohesive opposition for the people of Iran and have stuck firm to their ideals of creating a modern, pluralist, secular, democratic Iran.