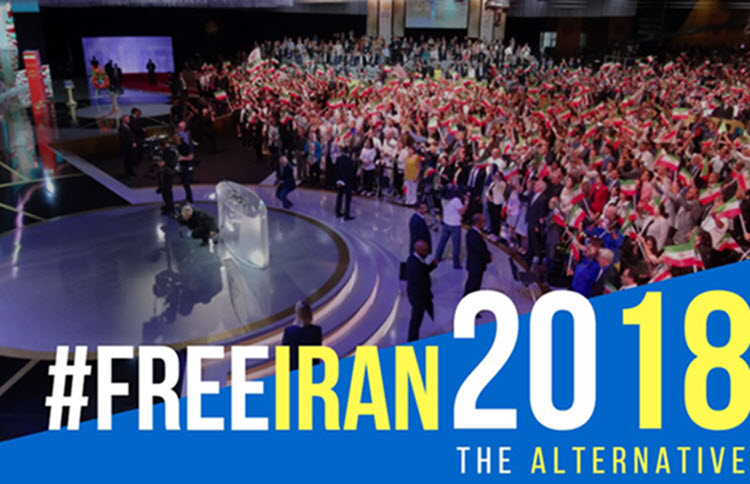 The annual “Free Iran” convention will be held in Paris on June 30th, just three weeks from now. Considering the nation-wide protests that swept across 140 cities in Iran at the turn of the year, when the Iranian people demonstrated their desire for a free and democratic Iran, this year’s conference will be an important component to fuel the momentum of the Iranian people, who are voicing their demands for regime change.

Thousands of Iranians and supporters of freedom in Iran from across the globe will join the gathering. Their voices will rise in support for the National Council of Resistance of Iran (NCRI), a coalition of some 500 Iranian opposition groups and personalities, committed to a democratic, secular and non-nuclear republic in Iran. Half of NCRI’s members are women. As a Parliament-in-exile, the Council’s primary task is to hold free and fair elections for a Legislative and National Constituent Assembly in Iran no more than six months after the ouster of the ruling theocracy. The NCRI’s president, Maryam Rajavi, strives to establish freedom and democracy in Iran.

Protests continue in Iran, as well as nationwide strikes. People from across the county — teachers, merchants, farmers — are protesting in Mashhad, Kazerun, Baneh, Haft Tappeh, Isfahan and many other cities. The Arab, Baluchi, Fars, Kurd, Lor, and Turk communities have come together in a call for freedom.

“Hardliners, reformers, game over” and “Our enemy is right here,” are slogans heard in the streets, making it clear that the Iranian people are weary of these policies. The international community must realize how important it is to now stand with the Iranian people.

Iran’s human rights violations have continued under the so called “moderate” President Hassan Rouhani. In fact, execution numbers have risen to their highest in the past 25 years. More than 50 percent of registered executions across the globe took place in Iran, in 2017. Images and videos of state forces beating people, and women targeted by organized harassment, are being viewed worldwide.

The true voice of the Iranian people and their desire to realize regime change in their country will be heard by the international community.