Saudi Oil Minister says Relations with US has ‘never been better’ 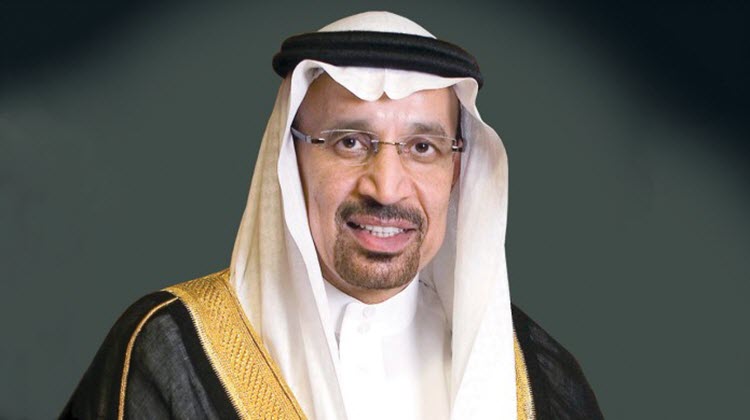 London, 19 Mar – On Thursday, Khalid Al-Falih, Saudi Energy Minister said that relations between his country and the United States have never been better, and the two nations are in agreement on confronting Iranian aggression.

During a visit to Washington with Deputy Crown Prince Mohammed bin Salman, the young, influential royal at the helm of Saudi Arabia’s economic diversification and military, Falih said the visit solidified the importance of the U.S.-Saudi relationship, and called it central to global stability.

Falih, who also serves as chairman of state oil giant Saudi Armco, said, “It has brought it to yet a higher level than it has ever been, and there is alignment on all of the major issues between the two governments, and it’s been, I think, further helped by the personal bond that was created between his royal highness, the deputy crown prince, and President Trump.”

Falih’s comments show a marked contrast to the relationship between the kingdom and the Obama administration, who negotiated a historic multilateral deal with Iran, Saudi Arabia’s chief geopolitical rival in the Middle East.
Donald Trump has already been ratcheting up pressure on Iran, he put Iran “on notice” shortly after entering the White House and imposed several additional sanctions on entities involved in Tehran’s ballistic missile program.

While Obama kept economic pressure on Iran, his administration worked out a deal along with five other nations to lift international sanctions on Tehran in exchange for limiting Iran’s nuclear program. The deal allowed Iran to sell its oil supplies and solicit investment in its energy industry, which put it in competition with top oil exporter Saudi Arabia.

Obama and the Saudis disagreed over Riyadh’s military campaign in neighboring Yemen, as well. Reuters reported that the United States limited military support for the Saudi-led coalition because of Washington’s concerns about high civilian casualties and humanitarian crises touched off by the conflict,

Falih admitted the relationship had recently experienced ‘challenges.’ He said, “Well, I think the relationship had its challenges the last few years — Middle East issues in general, but specifically Iran was an issue where we differed with the Obama administration. That has been removed because, as I mentioned, the leadership of the two sides see eye to eye in terms of addressing Iranian aggression and intervention in regional affairs, and that’s one where there is 100 percent alignment.”

James Mattis, U.S. Defense Secretary, said that during a meeting Thursday, he and Salman had discussed fighting the Islamic State and “confronting Iran’s destabilizing regional activities”, according to Reuters.

Riyadh and the administration are also in agreement on fighting the Islamic State, also known as ISIS, and “going beyond ISIS to the sources of terror around the world,” Falih said.

from A bill that would allow families of American citizens killed in domestic terror attacks to sue Saudi Arabia, put U.S.-Saudi relations under pressure. Most of the September 11 attackers were Saudi citizens, and there are lingering suspicions that some Saudi officials had a hand in the plot.

Falih spoke of Saudi Arabia’s interest in investing in U.S. infrastructure, which is part of Trump’s agenda. Financial Times reported that the president backed Saudi plans to make investments in the United States that my total $200 billion. According to Falih, ”The infrastructure program of President Trump and his administration is something that we’re interested in because it broadens our portfolio and it opens a new channel for secure, low-risk yet healthy return investments that we seek.”

Saudi Arabia estimates it has invested $1 trillion in the United States. This includes investments by state-controlled entities like Saudi Aramco and Sabic, a manufacturing and petrochemicals firm, as well as government and central bank holdings.