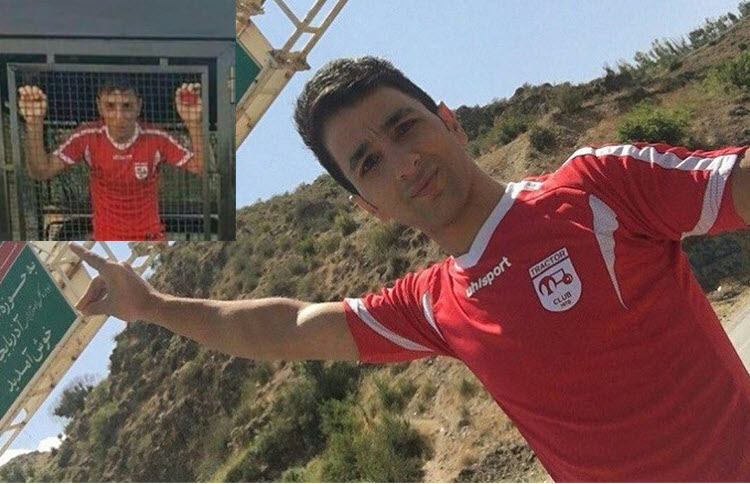 An Iranian Azeri activist arrested last year has been sentenced to 13 years in prison by an Iranian court.

Security forces arrested Kazem Safabakhsh during a soccer match between Perspolis and Tractor Sazi last November. On Monday, the 28th branch of the revolutionary court in Tehran sentenced him to 13 years in prison.

The 28th branch is headed by Mohammad Moghiseh, a notorious judge who has issued death sentences and other cruel sentences for political activists and dissidents.

Safabakhsh was given 10 years in prison for “creating and running a secessionist group on Telegram,” two years for “disrupting public opinion,” and one year for “spreading propaganda against the government.”

According to the court’s verdict, Safabakhsh was charged with “assembling a secessionist group” because he was running a 21-member group on the Telegram social network.

Since Safabakhsh’s arrest, his family have not been allowed to visit him.

According to a report by Amnesty International, in 2018, Iranian security forces arrested more than 7,000 people, including social protestors, students, journalists, women’s rights activists, environmental activists, labor activists and ethnic and religious minority activists. Hundreds of them were sentenced to prison.