Qods Force Commander: war in Syria needs commanders who can impose the will of the Iranian regime 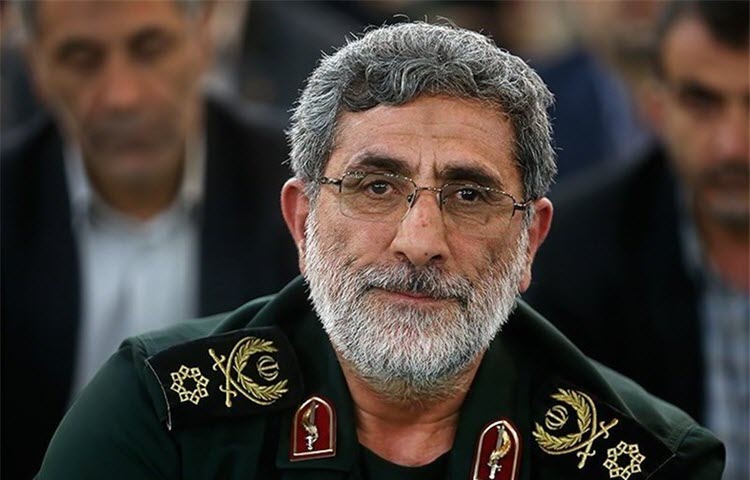 London, 8 November – The media has reported the role that Iran plays in the conflict in Syria in the past. Earlier this year, the Spanish digital newspaper El Confidencial quoted a special report provided by the National Council of Resistance of Iran (NCRI) that revealed the extent of Iran’s involvement in Syria. And it’s not just the media. Various organisations and noteworthy politicians, such as the Gulf Cooperation Council (GCC) and Mevlut Cavusoglu, the Minister of Foreign Affairs of Turkey, have also demanded that the Islamic Republic of Iran stops meddling in the affairs of the Middle East.

If there was any doubt about the extent of Iran’s involvement in the conflict in Syria, it has now been dispelled by comments made by The Deputy Commander of the Qods Force, Esmail Qaani, reported by the ISNA News Agency (affiliated with the Iranian regime). This Qods Force is deemed as a terrorist organisation, closely affiliated with Army of the Guardians of the Islamic Revolution (IRGC). It is believed the Iranian Supreme Leader Sayyed Ali Hosseini Khamenei directs the operations of Qods Forces, but he does so outside of Iran in order to hide how much money has been spent on these war efforts, or how many lives have been taken by them.

Qaani made the remarks at Military University of Imam Hossein, during the commemoration ceremony for one of Syria’s IRGC commanders, Hossein Hamedani who was reported to have been killed in Aleppo last year in October. Qaani called this year as decisive in the future destiny of Syria. “Destiny only determines the result of this Civil War in Syria,” he said, before adding, “this war requires commanders who can impose the will of the Iranian regime to the enemies.”

Addressing the IRGC and those soldiers who are deployed in Syria, Qaani stated that the conflict in Syria requires people who are firm, strong and can fight with dignity. “This war will not end with the incidents of Iraq and Syria since this war is based on identity and existence and it will continue,” he said, before continuing to explicitly name the extent of Iran’s involvement. “Today the Syria needs the commanders who can impose the will of the Islamic Republic of Iran to their enemies. It is actually a significant character that each commander of the Assad’s regime should have.”

Qaadi confessed that the plans that had been put into place for Syria had ultimately failed, saying that ‘the enemies made an effort to break our will.’ He went on to praise Hossein Hamedani’s efforts in the war. “We could not fulfill the IRI’s will unless our commanders resisted. I appreciate the commander Hossein Hamedani who did not withhold any attempt to fight with the enemies in the Syrian war. By the time he was appointed as the commander of the Advisory Forces in Syria, the situation in Syria was so critical that an airplane was targeted with a shell while landing at Damascus Airport. The Takfiris Forces fired the presidential palace with shells and they have marched until the back of the Iranian Embassy in Syria.”

New York Times: Shortly before the American-led invasion of...

Bloomberg: Turkey’s ties with Iran are under growing strain...