Access to Healthcare in East Aleppo Has Become Close to Impossible 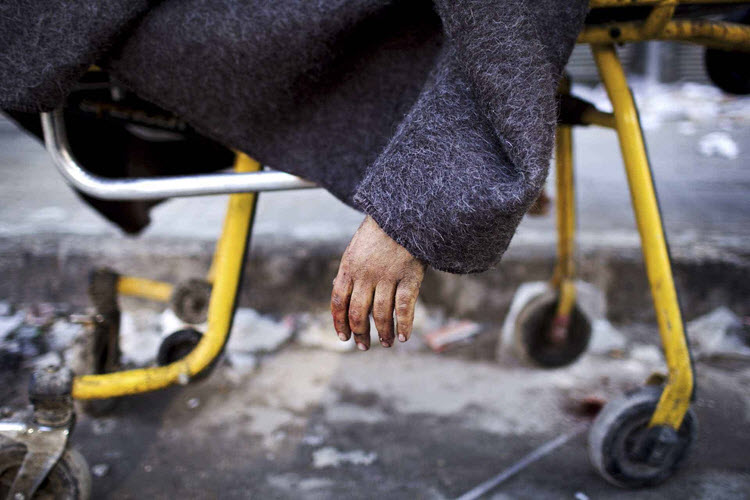 London, 15 Dec – Plans to evacuate civilians from Aleppo have stalled this week, as renewed air strikes and shelling have again been destroying the Syrian city.

The ceasefire brokered by Russia and Turkey that only began on Tuesday was supposed to end the five-year-long war and give Syrian President Bashar al-Assad a victory.

One of the biggest problems with the broken ceasefire is that the Syrian people are not able to access to healthcare.

Richard Hamilton, CARE International Regional Syria Response Director, said: “CARE calls for a desperately needed cessation of hostilities not only for Aleppo but throughout Syria to both allow humanitarian access and medical evacuation in out of areas, including besieged areas which still contain many hundreds of thousands of people.”

The status of healthcare in Syria has been a problem for much longer than the past month, and Syrian government forces may have actually broken international law by preventing civilian access to medical care.

Lynn Maalouf, Deputy Director for Research at Amnesty International’s Beirut Regional Office, said: “Over the past year Syrian government forces with the support of Russia have ruthlessly targeted civilians and civilian property including hospitals as a strategy of war as a way to empty the city of residents displaying an utterly callous disregard of international law.”

She continued: “As well as ending attacks on civilians at this critical time it is crucial that the Syrian government and its allies, namely Russia and Iran allow U.N. monitors to be deployed to eastern Aleppo to ensure civilians are protected from revenge attacks and unfettered humanitarian access is granted so that life-saving aid can reach all those in need.”

One thing that all humanitarian organisations agree on is the need for access to healthcare for the Syrian people; aid convoys and medical staff must be allowed into Syria so that people’s lives can be saved. Currently, not even the most basic standards of healthcare are being met and the truce must be re-engaged to ensure that medical care can be given.

Evita Mouawad, Medecins Sans Frontieres (MSF) Humanitarian Affairs Advisor for The Middle East, said: “We are also extremely concerned that access to healthcare in east Aleppo has become close to impossible. All the hospitals … have been severely damaged by the bombings in the last months…The medical staff we are in touch with, tell us that they have run out of medical supplies, ranging from very basic supplies such as bandages, to more extensive surgical tools.”

Khamenei warns West not to interfere in Iran