Inside the Widespread Disqualification of Iranian MPs 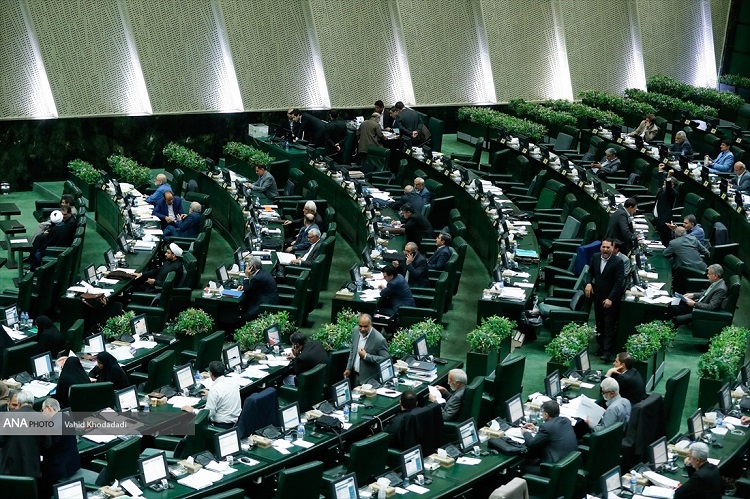 The Iranian government-linked media acknowledged that the Guardian Council has disqualified the bulk of current members of the Parliament [Majlis] from running for the elections due in February. Notably, a month earlier, the Interior Ministry announced the disqualification of 800 candidates.

Among the barred MPs are several prominent names, including second deputy Ali Motahari, the spokesman of Hope fraction [pro-Hassan Rouhani] Bahram Parsaei, the spokesman of the commission on national security and foreign policy Hossein Naghavi Hosseini, a member of the presidium Behrouz Nemati, Jalil Rahimabadi, Ahmad Lashki, Hamideh Zarabadi, Mohammad Ali Vakili, Mohammad Javad Kolivand, Mohammad Reza Tabesh, Nader Ghazipour, Elias Hazrati, Mahmoud Sadeghi, and Gholam Ali Imenabadi. In this context, some of the disqualified members like Motahari announced that they haven’t received any notification about the result of the Guardian Council’s vetting.

The Council also barred some prominent principlist factions or qualified very few of their members. After the November protests that rapidly engulfed all 31 Iranian provinces in merely two days, several “reformists” announced that they won’t take part in upcoming elections. They undoubtedly pursued to gain more concessions from Iranian supreme leader Ali Khamenei as the principlists’ kingmaker. Now, the Guardian Council, which is controlled by Khamenei’s inner cycle, has taken away his longtime allies, let alone his vocal critics.

Remarkably, the speaker Ali Larijani, former head of the commission on national security and foreign policy Heshmatollah Falahatpisheh, and veteran MP Jahanbakhsh Mohebinia previously avoided registering for the upcoming parliamentary elections. It arises skepticism that they earlier rejected running for elections campaign to save face.

Since previous months, Ali Khamenei unveiled his attention for establishing an obedient administration by young hezbollahis. Thus, widespread disqualifications seem to have been implemented to carry out the supreme leader’s recommendations.

On the other hand, the Islamic Republic’s rulers have always considered elections, whether parliamentary or presidential, as an assessment for public acceptance. In this respect, they always insist on presence before the ballot boxes. The regime’s founder Ruhollah Khomeini bluntly said, “If all the people say ‘Yes’ and Faqih [spiritual leader] says ‘No,’ the Faqih’s order should be adopted.”

During the past forty years, Iranian authorities have constantly resisted against the people’s desire for basic rights and harshly responded to any cry for freedom, justice, equality, and progression. For instance, Ali Khamenei frankly ordered the Revolutionary Guards (IRGC) to do whatever it takes to end the November protests. Armed forces mercilessly opened fire on barehanded demonstrators with heavy machineguns and snipers from rooftops, which resulted in more than 1,500 killed. They also arbitrary captured thousands of outraged people and sent them to dungeons.

Furthermore, in such circumstances, the ayatollahs are deeply concerned about igniting another round of revolts. Particularly, after the slaying of Qassem Soleimani, the head of IRGC’s Quds Force, the regime’s pillars have shaken both inside the country and abroad. The fact is Soleimani was playing a pivotal role in both the government’s oppressive and aggressive apparatus. Now, Khamenei has lost his spiritual right-hand. In this respect, he has not many options to play with the “reformism card” and any mistake would spell irreparable blows, especially when these days another round of protests has sparked in different cities.

Protesters directly addressed Khamenei as the commander in chief, chanting, “Commander in chief, resign!” The outraged people who joined students and youths targeted the entire ruling system and demanded the overthrow of the Islamic Republic regime. Contrary to false claims about Soleimani’s “popularity,” they chanted slogans, “Soleimani was a murderer, as is his leader [Khamenei],” “IRGC! Shame on you, let go of our country,” “IRGC! You are ISIS to us.”

In conclusion, even though Khamenei feels that his adoption of widespread disqualifications will spread frustration and disillusionment among his loyalists, however, he sees this venue as the only way to recover from recent blows to his regime. Therefore, as the governing system loses its measures of power inside and beyond, more defections among the regime’s faithful forces are expected.

By Jubin Katiraie The President of the Republic of...