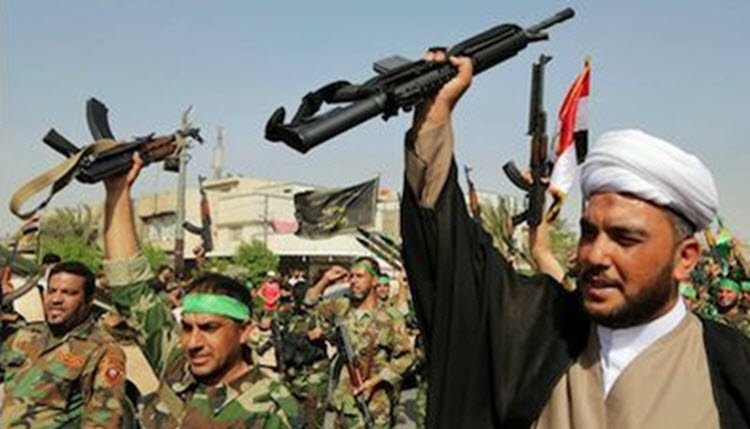 London, 1 October – In his September 29 article for the Wall Street Journal, Yaroslav Trofimov writes that, “From the point of view of Sunni Arab regimes anxious about Iran’s regional ambitions, Islamic State—as repellent as it is—provides a silver lining. The extremist group’s firewall blocks territorial contiguity between Iran and its Arab proxies in Syria and Lebanon.”

According to Trofimov, there is potential danger as land is lost to Iranian allies.  He says that a land corridor from Tehran to Beirut will present a grave challenge to the Sunni countries, specifically Saudi Arabia, as it will “reinforce a more capable and no less implacable enemy”.

“Pro-Iranian Shiite militias such as Lebanon’s Hezbollah and Iraq’s Badr and Asaib Ahl al-Haq are filling the void left by Islamic State in Syria and Iraq, and they are much better equipped and trained than the Sunni extremist group. They are also just as hostile to the Saudi regime, openly talking about dismantling the kingdom and freeing Islam’s holy places from the House of Saud,” writes Trofimov, and adds, that “rhetoric only intensified after January’s breakup in diplomatic ties between Riyadh and Tehran.”

Trofimov says that Western officials view the Shiite militias as a preferable alternative to Islamic State’s rule, “and some of the groups operating in Iraq indirectly coordinate with U.S. air power. But that isn’t how those militias are viewed in Riyadh and other Gulf capitals.”

Prince Turki al-Faisal, the former head of Saudi intelligence and a nephew of the current king, argues that abuses committed by Iranian proxies in Sunni areas are just as bad as those of Islamic State.  “They are equally threatening, and one feeds off the other,” he said in an recent interview. “Both of them are equally vicious, equally treacherous, and equally destructive.” He added that the West misunderstand Iranian intentions in the region. “It’s wishful thinking that, if we try to embrace them, they may tango with us. That’s an illusion,” he said.

Jordan’s King Abdullah brought up his fears over a “Shiite crescent” of Iranian influence in the Middle East just a year after the 2003 U.S. invasion of Iraq. He says, “In the following years, the huge U.S. military presence in Iraq and the Sunni insurgency there kept Iranian power in check. Then, just as the U.S. withdrawal and the taming of the insurgency seemed to herald a new era of Iranian prominence in the region, the 2011 upheaval of the Arab Spring unleashed the Syrian civil war.”

The rise of the Islamic State that followed, created a large Sunni statelet in Syria and Iraq, severing land communications in the “Shiite crescent.”

Ali Vaez, Iran expert at the International Crisis Group said, “Prior to 2011, Iran already had overwhelming influence in Iraq, Syria and Lebanon. So Iran has not significantly expanded its influence in the region, but rather it has been forced to provide military protection to pivotal allies it risked losing.  If this has caused panic in Riyadh, it’s mainly because the Arab world is in a state of disarray.”

Shiite militias now play a far greater role than in 2011, in both Syria and Iraq.

Iraq expelled the first Saudi ambassador to the country since 2003 last month, over his criticism of the Shiite militias. Known as the Popular Mobilization Forces, these groups have become a powerful military force in Iraq, controlling many “liberated” Sunni areas.

Trofimov writes, “In Syria, too, the survival of President Bashar al-Assad—allied with Iran but autonomous in many of his policies before 2011—has become impossible without the support of Hezbollah, an Iranian proxy that has grown into a regional military force. Other Shiite militias in Syria are staffed by Iranian, Afghan and Pakistani recruits.”

Andrew Tabler, a fellow at the Washington Institute for Near East Policy, said, “Iran’s power has spread further afield than before in terms of direct military power. We have never had so many Shiite militias operating in so many different areas, and fighting in traditional Sunni strongholds.”

The Islamic State is under attack by U.S. airstrikes, Kurdish forces and a Turkish offensive. Trofimov believes that it’s possible that “these Iranian proxies and allies would link up along the Iraq-Syrian border in coming months. The question is whether they would be able to hold that land and rule over the remaining Sunni populations without a degree of power-sharing—something that neither Baghdad nor Damascus seem ready for.”

Additionally, he fears that, “it is likely that a new insurgency would bubble up soon in those areas—likely fomented by Sunni Arab states eager to break up the region’s “Shiite crescent” once again.”

Sunni Iraqi politician and the country’s former deputy prime minister, Saleh al-Mutlaq, awarned that “keeping the Sunnis disenfranchised” would lead to this outcome.  “Unless you start thinking about the conditions that created ISIS in the first place and try to overcome these conditions,” he said in an interview, “there will be a new ISIS again, maybe of a different kind.”

The Ottawa Citizen: Canada affirmed its support yesterday for...