Eu Should Pressure Iran to Stop Support of Assad 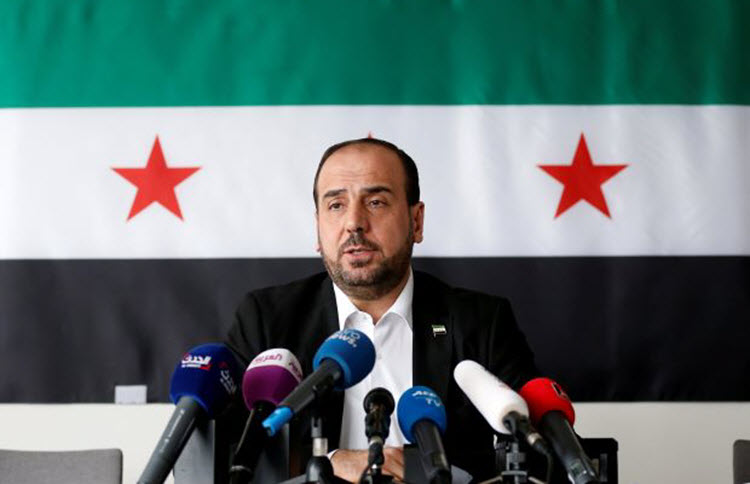 London, 1 Jun – Europe should increase its pressure on Iran to end its support for Syrian President Bashar al-Assad and withdraw its troops from the country, now that the US has withdrawn from the 2015 nuclear agreement, according to a Syrian opposition leader.

Nasr Hariri of the Syrian Negotiation Commission (SNC) spoke in Brussels on Thursday about Iran’s malign influence in Syria. At this time he also pushed back against Assad’s comments about the US troops in Syria, which Assad had likened to a foreign invasion.

Hariri made it clear that Iran and Russia have been helping to keep Assad in power and take back lands gained by the Syrian opposition. He noted that there were about 100,000 troops that were part of Iran’s suppressive forces or proxy groups.

He said: “The role of Iran is getting bigger and bigger, at the expense of our people. So we are supporting any international mechanism that could limit the influence of Iran in the region in general, and in our country in particular. We cannot separate one from another, the (Iranian) nuclear program from Tehran’s missile program and Iran’s malign behaviour in our region.”

Last month, Donald Trump pulled the US out of the nuclear deal, which lifted sanctions on Iran in exchange for curbs on its nuclear programme, for that exact same reason. It’s impossible to separate one of Iran’s malign behaviours from another, so they need to be dealt with together.

Now, the EU is trying to keep the deal afloat, but there are many EU states that are heavily concerned about Iran’s malign military adventures in the Middle East (i.e. Yemen, Syria) and its missile capabilities.

This is why Hariri met with EU foreign policy chief Federica Mogherini.

Hariri said: “While Iran and Iranian militias are present in our country, there will not be a political, negotiated solution. There will not be a solution while these foreign partners are there. We are looking for ways to force Iran out of Syria.”

Assad is currently in a position of great power, thanks to Iran and Russia, but this is not over yet.

Hariri said: “The rumour that Ira has won the war is not true. Based on the current situation, the government cannot claim any stable victory.”

The war has already cost 500,000 lives, displaced six million inside Syria and created five million refugees who are heading abroad, but the people of Syria would be free if Assad lost the support of the mullahs and the Kremlin.

Briton accused of illegal transfer of technology to Iran detained

AFP: Polish police have detained a British citizen of...