Iran Uses Afghan Fighters, Some as Young as 14, for Its War in Syria 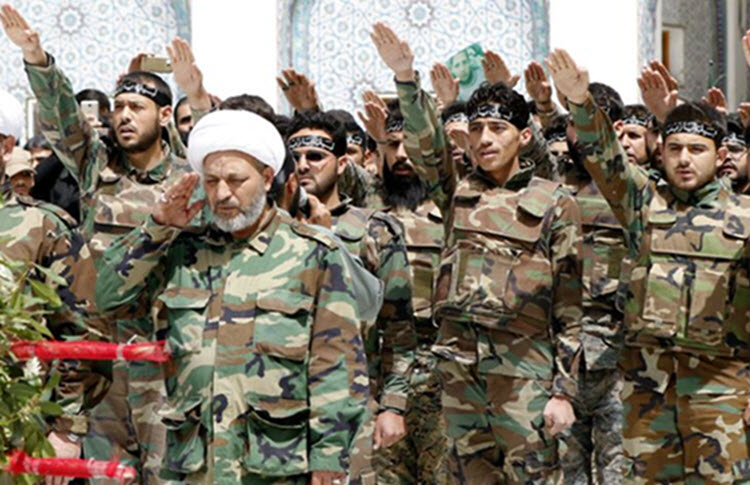 London, 19 Jun – Iran claims that through full use of governmental facilities and comprehensive planning, there are few voluntary Afghan fighters deployed to Syria by the Islamic Revolutionary Guards Corps (IRGC).

However, Afghans are the least expensive of the IRGC’s foreign forces. Statistics show that there are an estimated 3 million Afghan citizens living in Iran, and it is reported that there is a Division of some 15,000 to 20,000 troops called Fatimids or Fatemiyoun.

The Quds Force is believed to command the Afghan forces deployed to Syria, with headquarters in Ansar that takes care of operations in Afghanistan and Pakistan.

The Quds Force was established in 1991. Brigadier Guard Ismail Qa’ani is the present successor of Qassem Soleimani, who was commander of the Ansar base in Mashhad.

The current commander of the base is brigade leader Hossein Mousavi. Ansar has its central headquarters in Mashhad and four headquarters in the provinces of eastern Iran.

Qasem Soleimani commands the Fatemiyun Branch of the Quds Force under the Guard Corps.

Iran sends the Afghan troops that have the least political and social costs as the Afghans lack human or social rights inside Iran, and the deaths of Iranian soldiers in the Syrian war causes anguish for Iranian families.

According to Human Rights Watch, Iran’s Islamic Revolutionary Guards Corps (IRGC) recruits Afghan immigrant children living in Iran to fight in Syria. Afghan children as young as 14 are reported to have fought in the Fatemiyoun division, alongside government forces in the Syrian conflict. Under international law, recruiting children under the age of 15 to participate actively in hostilities is a war crime.

Researchers for Human Rights Watch examined photographs of tombstones in Iranian cemeteries where the authorities buried combatants killed in Syria. They identified eight Afghan children who are believed to have fought and died in Syria. Iranian media reports corroborate some of these cases, and have reported that there are at least six more instances of Afghan child soldiers who died in Syria.

For two of the reported cases, researchers reviewed photographs of tombstones that indicated the individual was over the age of 18. Family members of these deceased fighters told Iranian media that they were children who had misrepresented their age in order to join the Fatemiyoun division. This information seems to indicate that instances of Iran recruiting children to fight in Syria are likely more prevalent.